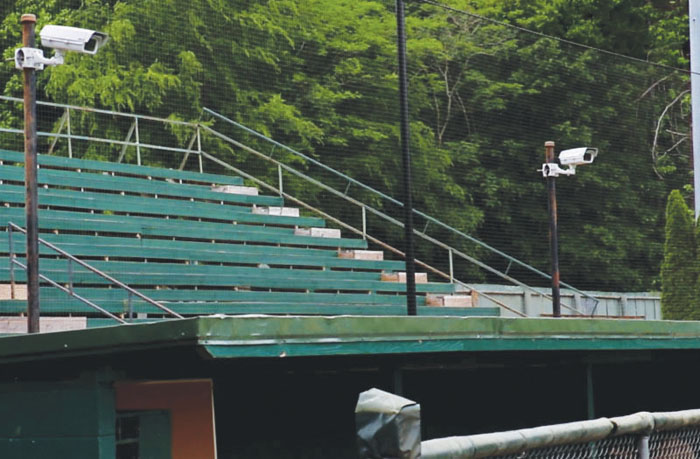 Submitted photo ... Yakkertech equipment set up in Newman Park on the campus of Catawba College, is an advanced imaging technology which can track a pitched baseball during live games and produce immediate data. May 18, 2018.

SALISBURY — Catawba College has announced that a high-tech ball tracking software has been installed at Newman Park, the school’s baseball park.

Because the movement of the seams on the ball are clearly detected, the software can quickly determine the exact movement of the ball and the corresponding spin axis.
“We recently deployed the portable Yakkertech device with our team with great success this season and are excited now that we will also have the same data collected during the game,” said Jim Gantt, head coach for Catawba and the American Legion baseball team, which uses the facility during the summer months.

Catawba will now be able to easily compare highly accurate statistics collected in bullpen sessions with the pitching data collected during the game – a valuable tool for enhancing pitcher development.

Catawba has enjoyed another stellar season under Gantt. Currently, the Indians are involved in the NCAA Southeast Regional at Newberry, S.C. Catawba hopes to win the regional and return the Division II World Series in Cary.

The Indians earned trips to the World Series in 2012 and in 2015, when they finished runner-up to national champion Tampa.