Geoffrey Hoy recognized as state Senior Democrat of the Year 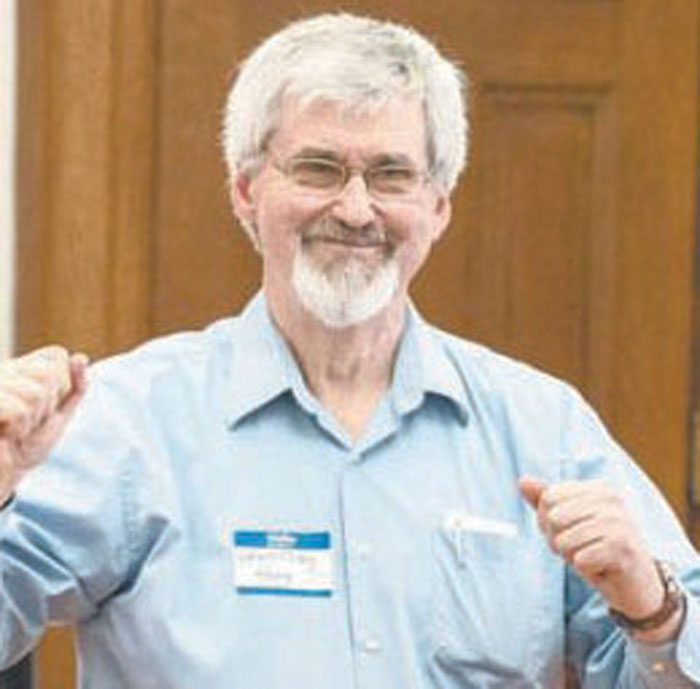 SALISBURY — It came as a complete surprise for Rowan County Democratic Party Chairman Geoffrey Hoy when he was named the North Carolina Senior Democrat of the Year.

At the May 4 state party convention, Hoy listened to Benson Kirkland describe the person chosen for the award. Soon, he started to get a funny feeling in his stomach as Kirkland spoke about the recipient’s positive attitude and faithful participation. Within two minutes, Hoy realized Kirkland was talking about him.

“He’s a very comfortable person to be around because of his positive attitude,” Kirkland said.

Kirkland, who was last year’s Senior Democrat of the Year, said Hoy was an obvious choice and was unanimously picked by the nominating committee.

Kirkland said even at the North Carolina Senior Democrats convention, Hoy arrived in Wilmington early and stayed late to help clean, representing who he is.

Tom Rothrock, president of the N.C. Senior Democrats, said the statewide award goes to someone who has gone many steps beyond the norm, and Hoy embodies that.

He said Hoy has served as a great leader for both the Senior Democrats as chaplain and as the Rowan County party chairman.

“He’s always been there and been a superior leader for Rowan and for us,” Rothrock said.

“It’s very important that we continually look out for seniors,” Rothrock said.

Benson said Hoy is one of the most consistent and active party members and doesn’t let things sit on the back burner.

Hoy and Benson were equally surprised when they received the Senior Democrat of the Year award.

“I had no idea it was coming,” Hoy said. “I’m amazed, and Benson said the same thing when he was recognized that he was amazed and surprised.

Hoy said that at a local Democratic Party breakfast, people stood and applauded him, saying the award was all him.

“I just try to do the best I can serving people,” Hoy said.

He said he will continue to do that by encouraging Democrats in Rowan County and across the state.

Rothrock said jokingly that now that Hoy has has won the award, he will get extra prayers, but Hoy is an all-around super guy.

“My life has been enriched because I know him,” Rothrock said.

Kirkland said he cherishes Hoy as a friend.