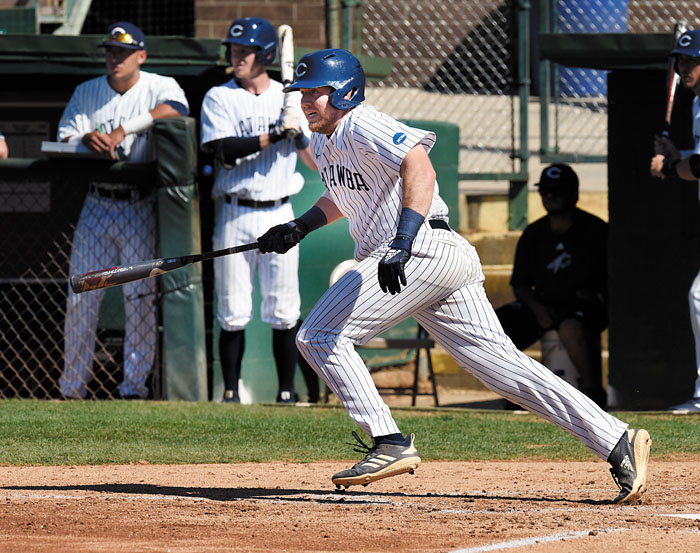 Catawba's Heath Mitchem had two hits in Catawba's 9-2 win over Young Harris on Thursday night, at the NCAA Division II Southeast Regional. ... Photo by Wayne Hinshaw, for the Salisbury Post

Ketchie, a throwback who believes in complete games, threw his second straight and fourth of the season on Thursday. He led Catawba to a 9-2 win against Young Harris in the opener of the sub-regional being hosted by Newberry.

Ketchie, a junior lefty who raised his record to 9-1, threw 121 pitches. He allowed six hits, walked one and fanned seven. His iron-man effort means everyone else on the pitching staff will be available when the third-seeded Indians take on Newberry tonight at 7 p.m. Second-seeded Newberry also will square off with sixth-seeded Young Harris (35-20) in a 3 p.m. game today in the double-elimination event.

Catawba (43-12) made three errors defensively, but it provided Ketchie with plenty of offensive support. The Indians had 12 hits, with Cameron Morrison getting three. Heath Mitchem drove in three runs. Bryce Butler went 2-for-2, scored two runs and drove in two.

Catawba left the bases loaded in the fourth, but in the fifth, the Indians put together a five-run inning that knocked out Young Harris starter Dylan Gibeau. Butler had a two-run single to make it 4-0. Jacob Nester drew a bases-loaded walk. It was 7-0 after Mitchem’s two-run triple.

Mitchem’s RBI single in the seventh made it 8-0.

Morrison’s eighth-inning single knocked in the final run for the Indians.

The key inning for Ketchie was the the top of the first.  An error, a walk and a wild pitch put runners at second and third, but he got out of it.

The only blemish for Ketchie was a two-run shot by Zavier Lushington in the eighth, but Catawba had a safe lead at that point.