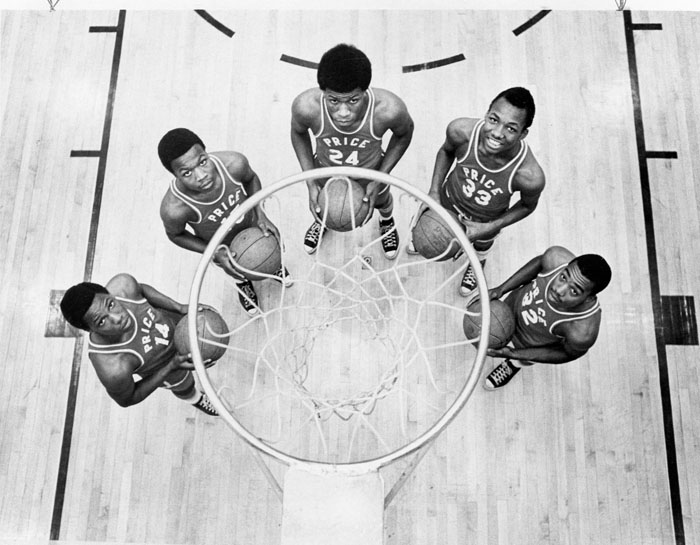 SALISBURY — Closing ceremonies for J.C. Price High School, which served Salisbury’s black students during the days of segregation, were held on June 4, 1969.

Named for Dr. Joseph Charles Price, founder of Livingstone College, the school traced its origins back to 1922 on Monroe Street.

Two more buildings were added in 1957 — one for classrooms, one for a cafeteria.

The students called themselves Priceans.

The athletic teams were known as Red Devils — the red and black. Football coach S. W. “Prof” Lancaster built legendary squads — the undefeated and unscored upon team of 1940; the 1950 state runner-up; the undefeated, but twice tied, 1951 team, and the undefeated state champs of 1952. Lancaster had more unbeaten teams in the 1940s that didn’t get to compete for the state championship because of World War II travel restrictions.

The decision to close Price and merge its student body with Boyden High was announced by a school board committee in February, 1969. Objections were raised by some concerned Price parents in March because this was basically a transfer of Price students to Boyden. It was the end of an era, but progress, opportunity, the full integration of Salisbury schools that many had dreamed about and fought tirelessly for, held greater weight than any objections.

Price, despite its out-sized academic and athletic achievements was a small school. The class of 1946, in the midst of a long run of triumphant football seasons, had 49 students. Not 49 boys — 49 students.

By 1968, when the “freedom of choice” policy and busing had gotten integration under way, Price had already lost students, some of them fine athletes, to Boyden.

From a sports perspective, the fascinating thing about Price’s last days was that it still managed to have a terrific boys basketball team in 1969.

“Prof” Lancaster’s son-in-law, Fred Evans, a 1957 Price graduate who taught social studies and served as an assistant principal, coached the team. One of his players, a sophomore named Kenny Holt, was one of the best in county history.

Price averaged 82.7 points per game that season and never was held under 70. It was a disciplined team, but it played at a fierce pace.

To put that offensive production in perspective, the highest-scoring Rowan County team in modern times, the Mike Gurley-coached 30-0 West Rowan Falcons of 2001-02, averaged exactly the same — 82.7 points per game.

There was a stretch in January in which the Red Devils topped 100 points in three straight games.  The 100-94 win against Reidsville’s Washington High must have been something to behold.

In a 92-61 win against Winston-Salem’s Anderson High, Holt had 29 points and 18 rebounds — and held Anderson’s star Harrison Davis to eight points.

Unfortunately, Price only got to take the court 17 times.  The team’s record for its final season, including a forfeit win, was 14-4.

Price’s last home game on Feb. 12 was an exciting 83-78 overtime loss to Winston-Salem’s Carver High that gave the visitors the conference championship. Price had won, 80-78, at Carver, the only game Carver would lose in the league.

Holt pulled down an amazing 33 rebounds in his final home game, a school record, but Carver stars Ken Jarrett and Buford West combined for 63 points.

The conference tournament was played in Burlington and was hosted by Jordan Sellars High.

Playing against the host school in the semifinals, it’s possible the Red Devils didn’t get a fair shake from the officiating crew. Three Red Devils, including Holt, fouled out early. Price lost, 90-78.

That would turn out to be the last game the Red Devils ever would play. There was supposed to be a third-place tournament game against Reidsville, but that game was forfeited to Price.

When the 1969-70 school year came, all students in Salisbury — black and white — attended Boyden High.

Evans became an assistant principal at Boyden and played an important role in easing the integration process.

Holt, a gifted quarterback, and James Partee, an All-South Piedmont Conference end, would make an impact for coach Pete Stout’s Boyden’s football team in the fall of 1969.

In the winter of 1969-70, Holt would be the leading scorer and Partee would be a key performer for a 26-0 Bob Pharr-coached Boyden basketball team that would rule the rugged South Piedmont Conference and would smash Marion for the Western North Carolina High School Activities Association championship. In the spring of 1970, Boyden would add the WNCHSAA track and field crown to its list of championships.

Athletically, it was a time of golden prosperity for Boyden. Former Price athletes had a lot to do with it.

In the 1970-71 basketball season, Boyden  would have its 33-game winning streak ended by North Rowan, but it immediately started another streak. The 20th victory in a row in that second streak came in perhaps the most famous basketball contest in county history. Played at Catawba College, Holt outplayed future N.C. State superstar David Thompson, as Boyden beat Crest, 41-33, for a 25-1 record and another WNCHSAA championship.

By the 1971-72 school year, there was another significant change — Salisbury High. The new school name acknowledging that it was a melding of Boyden and Price.

Black and gold were the colors of the Boyden teams that had rolled to football and baseball state championships in the 1950s.  To that color scheme, red was added, a salute to the Red Devils.

The first football team that competed as the Salisbury Hornets, in the fall of 1971, shared the WNCHSAA championship with South Point.

When Salisbury’s football team won the WNCHSAA championship against Shelby in an epic defensive struggle in 1974, the Hornets wore red shoes.