A Civil War book that speaks to our times 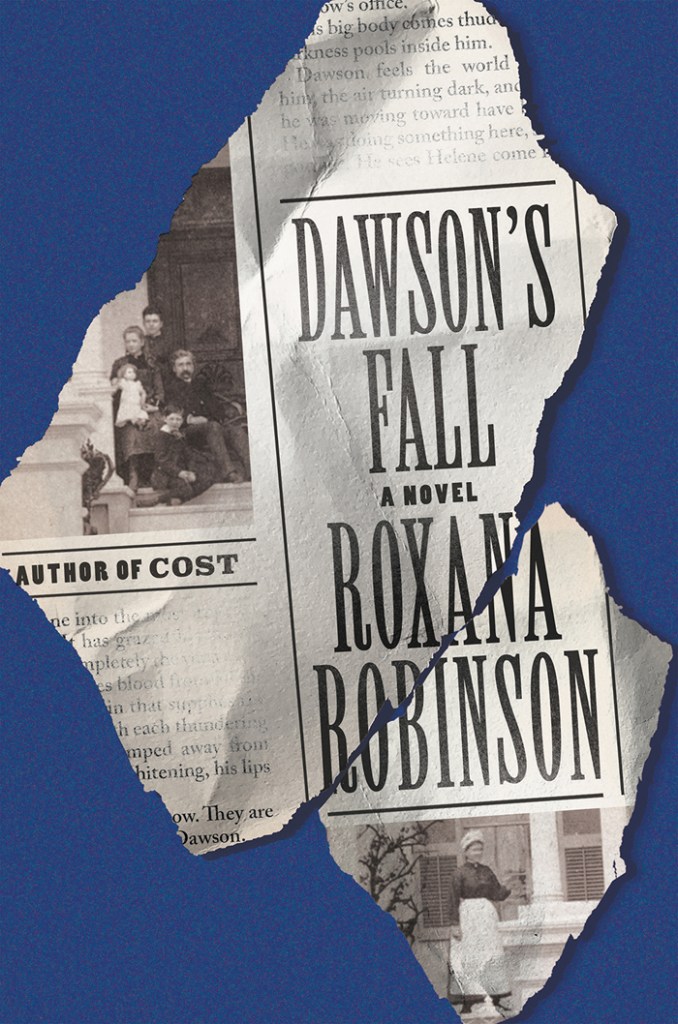 A newspaper on the brink. Racial tensions that break out into violence. Roxana Robinson’s new novel is ripped from the headlines – but these headlines are from the end of the 19th century.

Based on the lives of Robinson’s great-grandparents, “Dawson’s Fall” is both rooted in its time and speaks directly to ours. It is also a moving love story between two people whose morality seems, from the perspective of 2019, sometimes to be muddied.

Frank Dawson fought for the Confederacy; his wife Sarah’s family owned slaves. “All Southern families who trace their bloodlines back before the Civil War are affected by that peculiar institution,” Robinson writes of her paternal lineage.

The novel plunges us into that Southern legacy. On her family’s other side, Robinson is related to the abolitionist preacher Lyman Beecher and Harriet Beecher Stowe, author of “Uncle Tom’s Cabin.”

Like many Americans, Frank Dawson was a self-invented man. Escaping poor prospects in England, he catapulted across the Atlantic and found his way into the upper classes.

In Robinson’s telling, it’s his charm, intelligence and inextinguishable optimism that get him there. “You choose your own luck, you make it into what you want,” he thinks. Such insights are just one of the ways the book benefits from being fiction rather than memoir or biography.

When we meet him in the 1880s, Frank is a player in South Carolina, a jovial figure who has used his connections to manipulate politics for the greater good. As the owner of a moderate newspaper, however, his power may be on the wane; the paper is trying to hold its own against a popular new entry that is racist and inclined to incite violence.

From there the story spins out and back, shifting between Sarah and Frank and others in their orbit.

Sarah Morgan grows up part of a close-knit, wealthy family in Louisiana whose fortunes are unraveled by the Civil War, devastated by the loss of one male family member after another.

“It was Hal’s death which taught the Morgans that what they had always taken for granted was not theirs. They did not possess it,” Robinson writes.

“Fortune, healthy children, a stable life. Whatever you have you think is yours. You believe you’re entitled to it. But you will come to learn that you are entitled to nothing.”

Robinson may be writing about those undone by the Civil War in 1865, but her words resonate amid the cultural and political fault lines of America in 2019.

The losses affect Sarah profoundly. In one chapter, she narrates her father’s last days, one of several pieces of archival text within the novel. Robinson has deftly drawn her great-grandmother, a woman with a bright mind and deep emotional reserves, so that there’s not the slightest bump in the transition between fact and fiction.

Covering so much ground, starting with Dawson’s youth in England to his and Sarah’s separate experiences in the Civil War and through their courtship and marriage, the book has an epic sweep. But it’s also grounded: Robinson vividly evokes settings in just a few sentences.

When Confederate supporters burn cotton as part of their rebellion, Sarah watches: “The sun was lowering over the far banks, and shafts of light slanted against the dark surface of the river. Charlie and the others began to move across the deck, pressing their torches against the rum-soaked bales until the flames rose, flickering and growing. Black smoke roiled upward. The deck became a glowing yellow grid, and the flames leaped together.”

After the war, we read of real threats faced by African Americans during the dissolution of Reconstruction when their access to power sent some whites into violent rage.

Sometimes Dawson supports the cause of African Americans; other times, he does not. The worst pressure he gets is from conservatives on the right; by the 1880s he is haunted by nightmares.

Sarah manages their home, which by then includes two precocious children, daughter Ethel and son Warrington, and a handful of staff.

Most notable among these is their Swedish nanny Hélène, a young woman whose vanity is more apparent to readers than it is to her employers, who either overlook her or take her for granted. (In 1913, after his mother’s death, Warrington published her private Civil War writings as “A Confederate Girl’s Diary.”)

The action ramps up in the final section of the book, which plays like a thriller in which Hélène is the somewhat witless ingénue. Her employers go about their business: Frank wonders if he can get another loan to keep his newspaper afloat; Sarah installs new trees on the property, an act of faith and defiance in the face of the paper’s troubled finances. Meanwhile, we see whom Hélène falls for, where they meet and what that means to the people around her.

Here Robinson has pieced together a century-old true crime, a murder in which all the witnesses are long dead. Using far-flung sources and excruciating care, she creates the map; her novelist’s skills render it in 3-D.

Few Americans may have an ancestry as acutely divergent across the Mason-Dixon Line as Robinson has, but the legacy of slavery and the Civil War is still being felt by our nation. “Dawson’s Fall” is a richly envisioned attempt to reconcile with that troubled history.

Kellogg is the former Books editor of the L.A. Times.