Update: Suspect in custody in homicide on Long Street 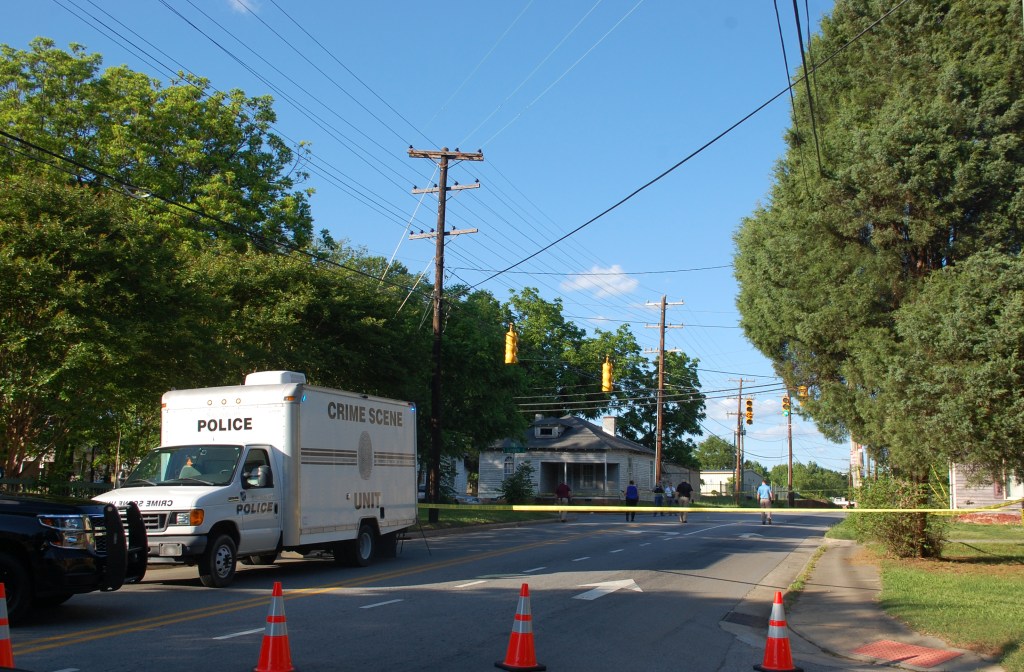 Salisbury Police investigate a homicide at the intersection of Long and 11th streets in Salisbury on Tuesday.

SALISBURY — The murder of a 19-year-old woman Tuesday at North Long and 11th streets was a random shooting, the Salisbury Police Department said Wednesday.

Lt. Greg Beam confirmed there’s no connection between the victim, Mya Michelle Miller, and Jeffrey Wayne Hooker Jr., who has been charged with her murder.

Hooker, 32, of Salisbury, apparently also shot into vehicles and a house after the initial shooting.

Hooker was charged with murder and shooting into an occupied vehicle and felony possession of a firearm by a felon.

Salisbury police responded to a call from a driver about 4:45 p.m. Tuesday who said his passenger had been shot and that he was on his way to the hospital.

Police spoke to the driver and learned the location of the shooting and a detailed description of the suspect and the car he was driving.

According to the driver, the shooting took place at the intersection of North Long and East 11th streets.

About 9:15 p.m. Tuesday, calls came in to 911 saying someone had fired shots into a vehicle and a house in the area of Victory Street and Fairmont Avenue.

An officer spotted a vehicle that matched the one described in the Long Street shooting. He stopped the car and took Hooker into custody. Evidence collected at the scene linked Hooker with the earlier shooting of Miller, police said.

Hooker was placed in the Rowan County jail with no bond.

It’s also not clear the connection between the house at Victory Street and the location at North Long Street, other than the suspect was the shooter in both incidents. No motive was provided in either shooting.

Police are seeking more information in the case. Contact Detective J. Hill at 704-216-2732, Salisbury-Rowan CrimeStoppers at 866-639-5245 or the Police Department by Facebook Messenger.