Editorial: How do Rowan legislators stack up this session? 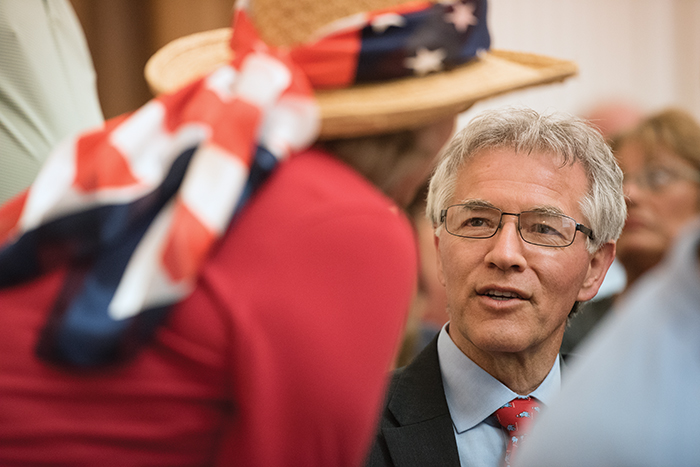 Politicians run for state legislature for all sorts of reasons — passing new legislation or changing existing laws are often among them.

So, how do our legislators stack up this session?

Here, we’ll judge legislators on bills that have passed their respective bodies of the N.C. General Assembly. Though, it’s not a perfect measure, as some bills are folded into the budget or other bills. Alternatively, bills that have passed one body of the legislature might be gutted and replaced with language entirely unrelated to the original intent.

• Sen. Carl Ford, R-33, is the primary sponsor of eight bills this session. Four have moved to the other chamber. One has become law. That includes S.B. 63, which allows Kannapolis to annex land at the new Old Beatty Ford Road interstate exit and has become law; S.B. 30, extending a contract date for agreements concerning Stanly Community College; S.B 80, removing a cap on satellite annexations for China Grove; and S.B. 312, making changes to laws pertaining to transfer on death deeds. Ford is four of eight — 50%, with an extra point for a bill becoming law.

• Rep. Larry Pittman, R-83, is the primary sponsor of 22 bills. Two of those have moved into the Senate — H.B. 66, which would require jail time for a conviction of felony death by vehicle or felony death by impaired boating, and H.B. 171, which removes a cap on satellite annexations for China Grove. So, Pittman is two for 22 — 9%.

• Rep. Julia Howard, R-77, has introduced the most bills of any Rowan legislator and had the most passed into the Senate. Of the 45 bills of which she is a primary sponsor, 19 have moved into the Senate. Those bills range in topic from vehicle speed restrictions in the Davie County community of Bermuda Run, H.B. 368, to integrating education on the Holocaust into standard study in public schools, H.B. 437. Howard is 19 for 45 — 42%.

• Rep. Harry Warren, R-76, is the primary sponsor of 20 bills, with seven having moved into the Senate. Among those several bills are H.B. 118, which directs the state to study the need for access interstate improvements to help first responders; H.B. 329, which exempts electric vehicle charging stations from regulation as public utilities; H.B. 823, which aims to address the issue of single-use plastics; and H.B. 715, which aims to strengthen whistleblower protections for state employees. Warren is seven for 20 — 35%.