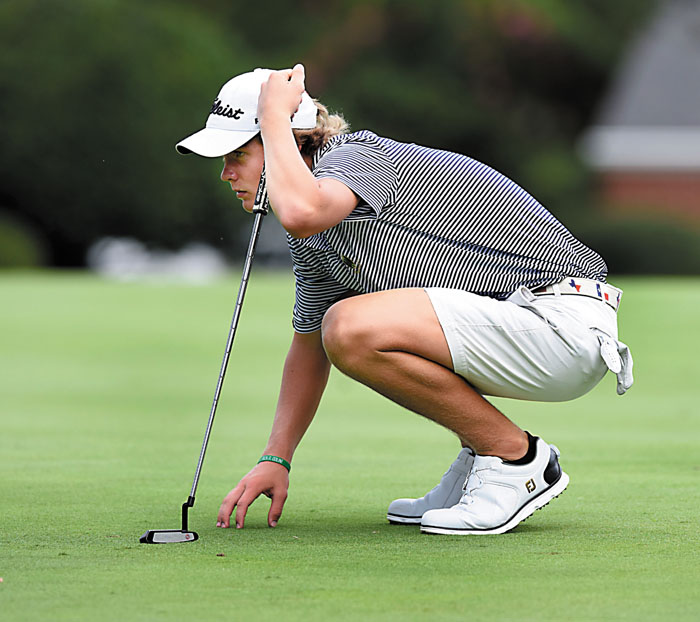 Barr and teammate TJ Moyer led Cannon to the team state title as well, as the Cougars won by 11 strokes over Christ School.

Barr, the first-round co-leader with a 2-under par 70, shot a 76 on Tuesday for a total of 146. Moyer also fired a 70 on Monday and followed up with a 74, winning the individual title.

Karsten Shields of Metrolina Christian and Jackson Brimfield of Durham Academy tied for third place at 147.

Another Cannon player from Salisbury, Mitch Jeter, shot an 84 on Monday but rebounded with a 78 in yesterday’s second round, tying for 39th. Cannon’s Narayan Mohan tied for 12th with two 76s and Joel Marburger was 34th after carding a 78 and 82.