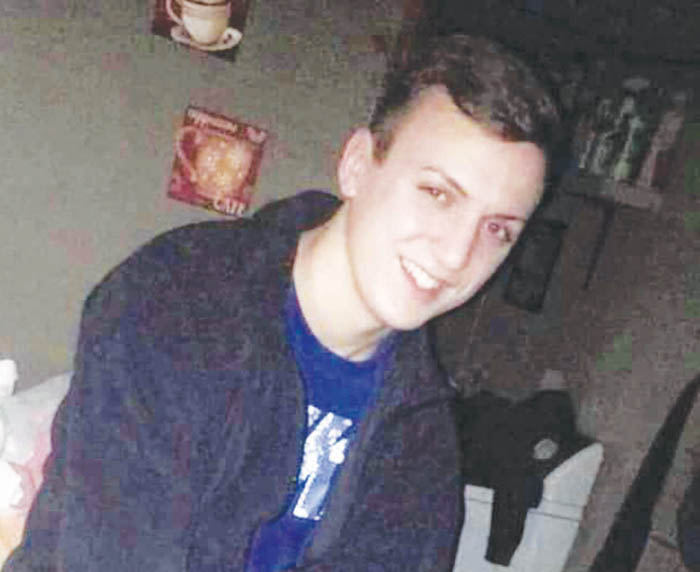 SALISBURY — Michael Elijah Earley, of Rockwell, was beaten to death and transported from Sides Road, and taken elsewhere and dismembered before his remains were taken to suspect Carlos Rosas’ home, where it was burned and buried in the backyard, according to search warrants obtained by the Post Monday.

Earley, 19, was supposed to meet Rosas, also 19, for a prearranged drug deal. The two argued and Rosas allegedly beat Earley with a baseball bat, killing him, according to the warrants. Rowan County Sheriff’s Office detectives said Madison Drew Harrington and Lauren Grimes helped Rosas move and dispose of Earley’s body.

Rosas is charged with murder and concealment of Earley’s death. The women are charged with being accessories after the murder.

Detective Chad Moose applied for warrants on Wednesday and Thursday to search Rosas’ home, a Stokes Ferry home and a vehicle that belongs to Grimes.

The investigation began on May 6 when Moose and other detectives began looking into the disappearance of Earley. His girlfriend, Katelyn Smith, reported him missing. She told authorities that he tried to make a drug transaction Sunday night with Grimes and a man named Carlos. Smith didn’t hear from Earley after the meeting, the search warrants said.

Earley’s cellphone, wallet and vehicle remained at a residence on Sides Road, where the drug deal was supposed to occur, warrants stated.

On Wednesday, detectives identified “Carlos” as Carlos Rosas, who lives on Percy Lane in Rockwell. When detectives arrived there, Rosas was coming out of the woods behind his house. Rosas told detectives he lived at the home with his mother and she was at work.

Moose told Rosas that detectives were investigating a missing-person case, and Rosas gave them consent to search the property. Moose noted in the search warrant that he spotted an aluminum baseball bat that appeared to have blood on it. He also said a burn barrel there looked as if it had been recently used.

The veteran detective noted a shovel in the yard and freshly turned dirt behind the home. Also in the yard was a black Toyota Camry with cleaning products and a box of rubber gloves inside it. The car was covered with a blanket.

Investigators interviewed Rosas and, after several minutes, Rosas reportedly admitted to the crime, according to search warrants. Rosas reportedly told detectives he fought with Earley and struck Earley with the bat. Rosas said Earley died from the assault. Rosas walked to an area about 100 yards from the house and showed the detectives an area with freshly disturbed dirt that was covered with leaves, warrants stated.

He told detectives that Earley was buried there. Rosas further said that he severed parts of Earley’s body and burned them in the barrel. He buried the rest of Earley’s remains in the woods, the warrants state. Moose noted the body parts were still inside the trash barrel and appeared to have been cut with a saw-type tool.

The detective interviewed Rosas, Grimes and Harrington. Warrants state the three told Moose they took Earley’s remains in Grimes’ Toyota from Sides Road to 4685 Stokes Ferry Road, a location records show had been associated with Harrington. While inside the Stokes Ferry Road location, Rosas severed Earley’s body parts and placed them inside trash bags, according to the detectives. The three then took the remains to the Percy Lane property and buried them.

While at Rosas’ Rockwell home, detectives collected a number of items. They found a blanket inside a black plastic bag in the grave. Inside the bag were a serrated knife with a clear handle and a knife sheath. In addition, investigators found a piece of plastic foam cup, a pen, channel lock pliers, scissors, a bush ax and a fillet knife, warrants state.

A number of burnt items were found near the barrel, including shoes, a floor mat, a red shirt, a kitchen towel, another towel and a trash can.

Rosas, Harrington and Grimes are expected in court May 29.

Editor’s note: This story was updated at 5:08 p.m. May 14 to state that Earley was beaten to death and transported from Sides Road. The story incorrectly stated the location of his death in a prior version. We apologize for the error.