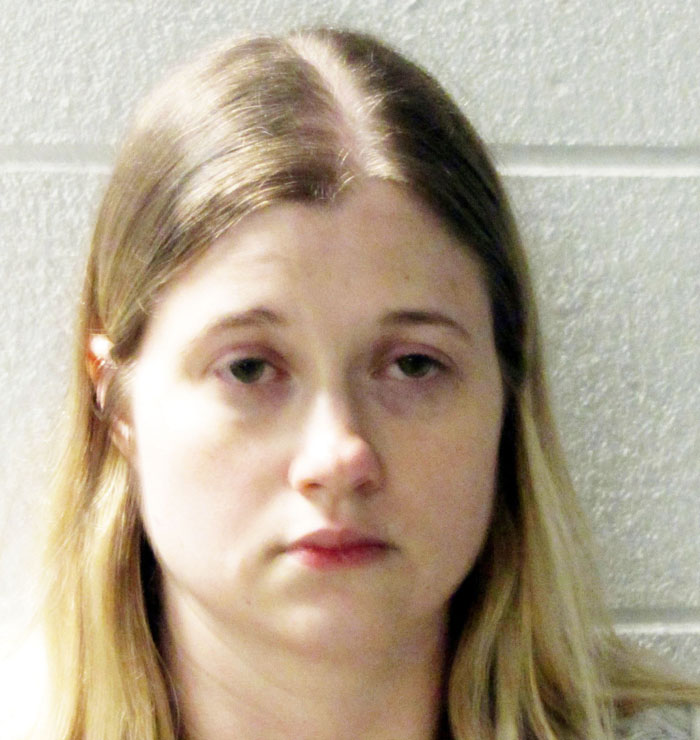 Krista Noelle Madden was arrested on Friday after her claim that her 7-week-old baby was kidnapped quickly unraveled and the infant was found at the bottom of a 75-foot ravine in Henderson County.

A mother’s claim that her 7-week-old baby was kidnapped quickly unraveled after her infant was found at the bottom of a 75-foot ravine in the North Carolina mountains, law enforcement officials said Friday.

The child was found in “very good condition” despite being thrown down the ravine, Griffin said. The baby was in her car seat when it hit the ground and somehow rolled out of it by the time local residents found her, he said.

The sheriff described a fast-moving turn of events in which an urgent kidnapping investigation turned into a case against a mother who’d given birth less than two months before.

It was almost by chance that the baby was found: A woman living near the ravine happened to hear her as she went outside to check her mail.

“It was simply, in my opinion, by the grace of a merciful God that we had a female that goes to check her mailbox, (and) she really believes that she hears the faint cries of an infant,” Griffin said.

Authorities were first alerted by a 911 call late Thursday afternoon from someone who believed that Madden’s baby had been kidnapped. Asheville police put out a description of a couple wearing ski masks who left in a car from the city’s Biltmore Park.

Asheville police traced Madden’s cellphone to a mountainous road in Henderson County and notified the sheriff, who rushed deputies to the area. They found Madden’s car, and then Madden herself. She told them she had just escaped a kidnapping, the sheriff said.

Dogs were brought in to search the area around the car, but they found nothing that indicated anyone else had been there. A couple of hours later, auhotiries got another 911 call — the baby had been found.

Griffin said the woman who heard the baby’s cries summoned her husband, who climbed down into the 75-foot ravine and found the little girl.

“She looks so scared. So scared,” an unidentified woman told a 911 operator, according to a recording of the call released to media outlets.

The woman, who sounded out of breath, said the baby they found “was bruised up” and possibly had a broken leg as well as a scrape on her head.

The woman said the infant was found in “the weeds and the trees” and that the car seat was sitting “far from her.”

“There’s no people down here,” the woman said during the seven-minute call. “We live in a remote area. And somebody pulled up beside it and tossed her like a piece of trash.”

Once Madden was questioned at the police station, she “provided enough information about her involvement that gave us probable cause” to file charges against her, the sheriff said.

Authorities have no reason to believe the mother or daughter was ever kidnapped, he added.

Authorities fielded questions at the news conference about the possibility of postpartum depression; Greg Newman, the local district attorney, said he would expect Madden’s attorneys will ask that she be evaluated.

“We just follow the facts wherever they lead … and then we’ll discuss with her lawyers what we believe would be a proper and just resolution, and we’re not even close to that yet,” Newman said.

Scott Fowler, the man who retrieved the baby from the ravine, told WLOS-TV on Thursday he’s glad the incident happened near his house and not in a more remote part of the area.

“We heard a baby crying. And my wife said, ‘Scott, there’s a baby crying down there,'” he said. “I went to looking and I seen it down over the bank. So I went down and got it. And it’s in good shape. I think it’s going to be all right.”

He added: “What kind of human being could do this?”