SALISBURY — Michael Elijah Earley was killed Sunday night after a disagreement during a prearranged drug transaction, according to detectives with the Rowan County Sheriff’s Office.

After the 19-year-old was murdered, his body was partially dismembered and his remains buried in a secluded area in the county, Sheriff Kevin Auten said Thursday.

Carlos Rosas Jr., also 19, of Percy Lane in Rockwell, was charged Wednesday night with felony murder and concealment of a death. He remains in the Rowan County Detention Center under no bond. 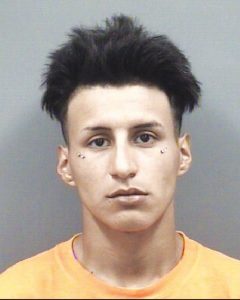 Detectives also charged Madison Drew Harrington, 18, of the 5400 block of Fish Pond Road, with felony accessory to murder after the fact.

According to an arrest warrant, Harrington assisted in dismembering Earley’s body and concealed the crime. She remains in the Rowan County jail under a $500,000 secured bond. 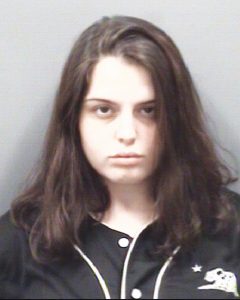 Detectives also charged 19-year-old Lauren Grimes, of the 200 block of Balfour Quarry Road, Granite Quarry, with felony accessory after the fact. According to an arrest warrant, Grimes helped conceal the crime scene and hide Earley’s remains.

Grimes is being held in the Rowan County Detention Center under a $500,000 secured bond. 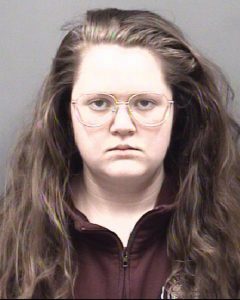 Rowan detectives said the two women were present during the drug transaction.

Auten said Thursday during a news conference that Earley was last seen at 10 p.m. Sunday when he was meeting Rosas.

Earley was selling marijuana to Rosas and a disagreement led to a struggle, Auten said.

After Rosas allegedly killed Earley, he took the body to a secluded location and partially dismembered the body, then buried Earley’s remains, Auten said.

A relative of Earley said the family is obviously distraught. The teen died over 7 grams of marijuana, the relative said, adding, “A little bit of pot will get you killed.”

Auten echoed that, saying the motive appears to stem from the sale of a small amount of marijuana that went “haywire.”

Auten said detectives believe the women knew both men and made the connection. Rosas and Earley apparently did not know each other. The sheriff said they met the day of the transaction. He could not say whether Rosas and Earley had exchanged messages before their meeting.

Auten would not disclose where Earley was killed but said detectives have a couple of active crime scenes and believe they know the location.

Auten did not provide details about how Rosas was developed as a suspect. He said two families have been ruined — the Earleys will have to bury a son, and the Rosas will potentially see one go to prison.

Alvero Luna, who lives next door to Rosa’s home with his father and girlfriend, said Thursday he’d seen from six to 10 law enforcement vehicles at the home. He said investigators were there for several hours.

As to the demeanor of Rosas, Luna said he did speak to him on occasion. He said Rosas and his family just moved into the neighborhood.

Other neighbors, who didn’t want to provide their names, said they believe Rosas had lived there with his family since the early part of the year.

Rosas, Harrington and Grimes are expected in court Friday for first-appearance hearings.