Park Plaza project to move on without waiver 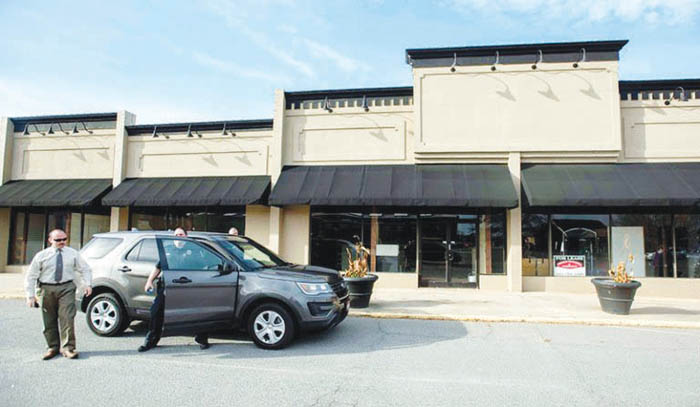 SPENCER — An effort to breathe life into the town of Spencer’s derelict Park Plaza moved closer to reality Tuesday as town officials received legal advice on its revitalization plan.

The time had come to agree to disagree with plaza parcel owner Dr. Kenneth Washko, attorney Jay Dees told the Board of Aldermen during the called meeting. He said the town would need to pursue an updated plan for its $668,000, 20,000-square-foot Plaza purchase.

Spencer’s revitalization effort, introduced in November 2017, has seen intermittent pauses as town officials and Washko tried to reach an agreement. With the previous owner, PI Holdings, Washko was entitled to a certain number of access points as well as signage for his dentistry business.

But as the town looked toward a revitalization project that included relocating Town Hall and the Police Department alongside a new park, it became clear signage and access points could be compromised. Washko would be required to sign a waiver on the existing covenants to proceed.

Washko expressed discomfort with the waiver, worrying that it would free PI Holdings from obligations to maintain the remaining parts of the shopping center.

Dees said minor adjustments to the original plan could meet Washko’s covenants without the need for a waiver. One of the Salisbury Avenue entrances would be moved 30 feet north near the old bank property and the center’s existing sign would be relocated.

The first Salisbury Avenue entrance and sign would have been scrapped because of the original green space design.

“You guys are in the business of cleaning streets and cleaning parking lots and snow removal,” he said. “It’s pretty easy for you to swipe that stuff and fix it and repair it. I wouldn’t worry about tying into any new agreement.”

Dees said the updated plan should require little more than a new driveway permit from the North Carolina Department of Transportation.

“Let’s get you shovel-ready,” he said. “If you can get that, I think you can design the park that you wanted to before.”

“You’re spending good money after bad to chase that resolution,” he said. “Let’s spend your energy doing something positive for the town, and let’s get this thing designed in the way that you like it.”