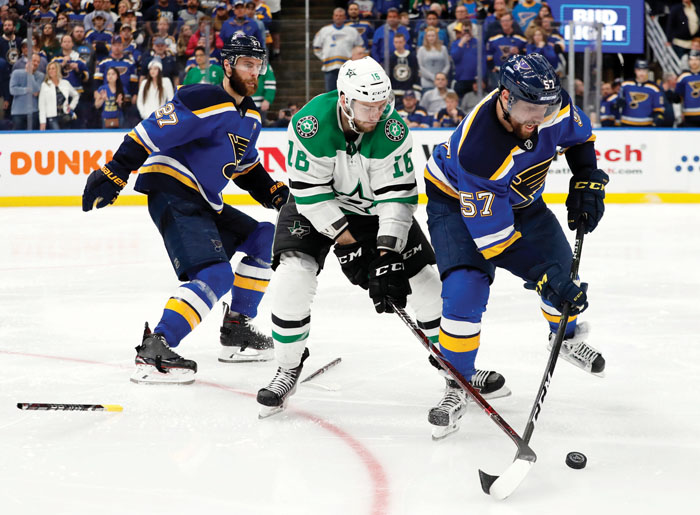 ST. LOUIS (AP) — Pat Maroon scored 5:50 into the second overtime, Jordan Binnington made 29 saves and the St. Louis Blues outlasted the Dallas Stars 2-1 in Game 7 of their Western Conference semifinal playoff series Tuesday night.
Maroon slammed the puck in after Robert Thomas skated in on Ben Bishop from the right wing. It was the second game-winning goal of the series for the 31-year-old St. Louis native.
Vince Dunn also scored for St. Louis, which will face the winner of the San Jose-Colorado series in the conference final.
Ben Bishop made 52 saves and Mats Zuccarello scored for Dallas, which dropped to 5-8 in Game 7s in franchise history.