Tractor-trailer hangs over bridge after I-85 accident 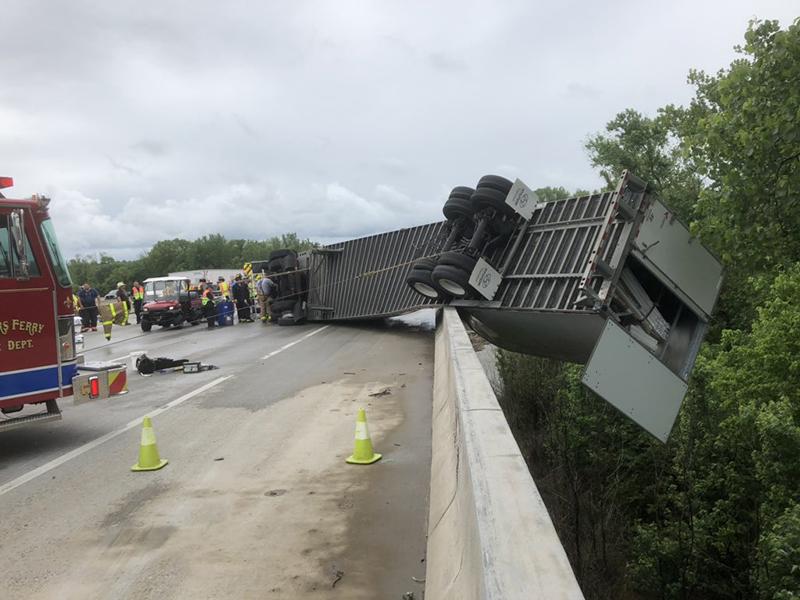 Photo by Miller's Ferry Fire Department - A tractor-trailer was left hanging over the edge of the I-85 Yadkin River bridge after multiple-vehicle accident Sunday.

SALISBURY — A tractor-trailer overturned at the Yadkin River bridge on Interstate 85 and shut down southbound traffic for hours Sunday.

The vehicle landed at the edge the interstate’s southbound lanes after a multi-vehicle accident. Half of the trailer was hanging over the barrier wall and off of the bridge.

Details about injuries and how the incident occurred were not available Sunday afternoon. The N.C. Highway Patrol said there were several vehicles involved in crashes in the area of the bridge but was unable to immediately provide more information.

As southbound lanes near the Rowan-Davidson line were shutdown for hours, traffic was rerouted onto U.S. 29 using exit 84 in Davidson County. Southbound traffic backed up for a number of miles.