Lee Cooper back on his bike to raise money for ALS 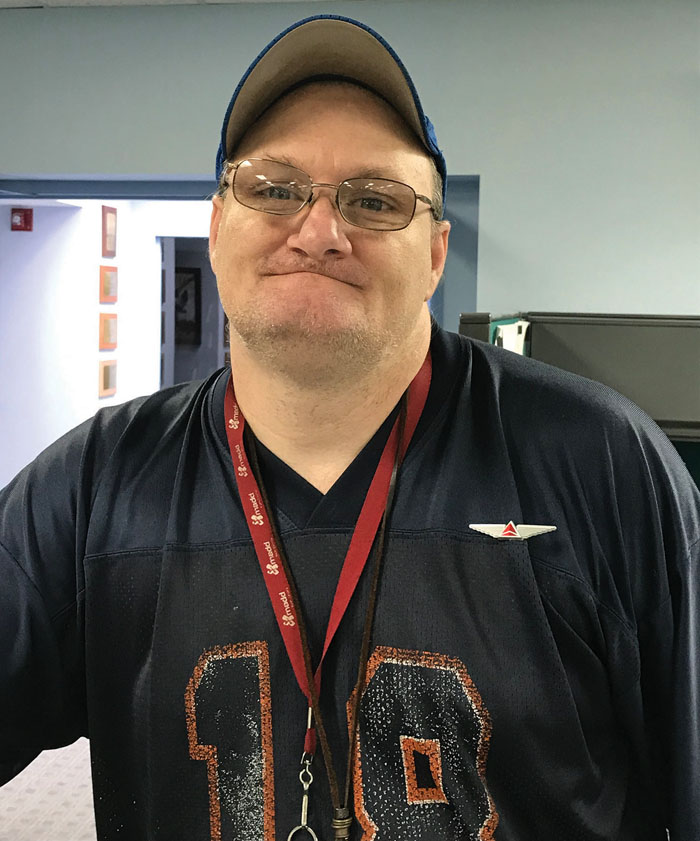 SALISBURY — Lee Cooper is ready to get back on the road next week, starting a bike ride to benefit research and awareness for Lou Gehrig’s Disease.

Amyotrophic lateral sclerosis is a degenerative disease that affects nerve cells in the spinal cord and brain. There is no cure — yet.

Cooper has a traumatic brain injury. He had brain cancer at 3, then was involved in a car crash in 1993 that killed his pregnant wife. The likely drunken driver was never found. And a couple of years ago, he was on one of his charity bike rides when a car clipped him, essentially shattering his ankle. That driver, too, never stopped.

Now with a metal brace and his usual determination, Cooper wants to get back on two wheels, his only form of transportation, and help others.

He’s especially proud of what he’s doing now. He will soon finish his associate of applied science degree in business software at Bluegrass Community & Technical College in Lexington, Kentucky.

Despite his brain injury and extensive nerve damage, he managed to get his GED and an associate of arts degree. He has a class ring with both accomplishments noted on either side.

Cooper, who is also legally blind and dyslexic, will be riding alon, with just a backpack, a tent and a bag of medications.

Cooper suffers from allergies and asthma but has found that herbal supplements work better than any medication.

He has contacts along the route, but it’s going to be a long ride. He got a backup battery for his cellphone so he won’t worry so much about keeping it charged. He usually camps out and stops only for thunderstorms.

He’s starting in Salisbury, his former home, on Tuesday, and will stop in Statesville, where he once lived and still has friends. Then it’s on to Shelby; Boiling Springs; Macon, Georgia; Talladega, Alabama; Memphis, Tennessee; Missouri; Illinois; Indiana; and back home to Richmond, Kentucky.

His goal, after the ride and he finishes his degree, is to move back to North Carolina and find a good job.

Cooper is a fighter, and that’s good, because doctors keep finding new problems. He recently learned he has a hematoma behind his right eye that will have to be addressed. He’ll be 43 in July.

His form of dyslexia is that he reads upside down, so he turns his phone or any printed material upside down to read it clearly. He even flips keyboards over so he can see them better.

Cooper likes to talk and tell people his story. The attendants on a Delta flight saw a flier for his ride and gave him wings for good luck. On the next flight, the attendants announced his ride over the intercom.

He is riding for the Kentucky Chapter of the ALS Association, with offices in Louisville.

To make a donation, go to http://webky.alsa.org/goto/LeeCoopersALSRide. Designate it for Lee Cooper’s Ride.

Look for Lee riding around in a black helmet with a bright yellow vest over his backpack before he starts his trek.