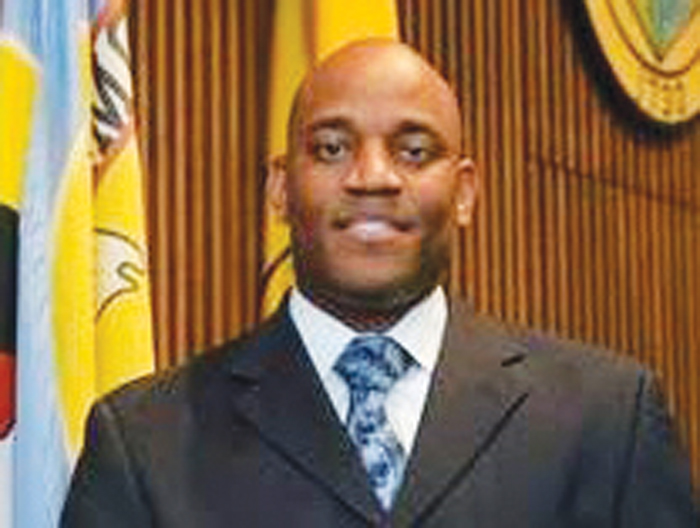 SPENCER — Town Manager Terence Arrington says he submitted a proposed severance agreement to the Board of Aldermen in March after an “absolute trash” performance evaluation.

Arrington told the Post about his submission Thursday as the Board of Aldermen remained tight-lipped after a special called meeting and closed session for a “personnel matter.” Arrington did not attend the meeting, one of many recent and similar sessions held behind closed doors for attorney-client privilege. But he said in a phone call to the Post that it was likely pertaining to his request.

Tensions have remained high between Arrington and the board since he was hired in October.

They came to a head during an April 22 meeting attended by members of the Salisbury-Rowan NAACP, with the association gathering in Arrington’s defense. Days before, on a leaked recording of a phone call, board member Sylvia Chillcott’s wife, Patsy, was heard calling Arrington a vulgar word. In the recording, Sylvia Chillcott called Arrington “enough to make someone use profanity.”

When the town failed to directly address the phone call, local NAACP President Gemale Black announced the start of an investigation and threatened a lawsuit.

But Arrington said his severance request came well before the heated exchange with the Chillcotts. It came in March, following a performance evaluation he called “absolute trash.”

“It was full of insignificant things,” he said. “There was nothing of substance, and I wasn’t allowed to see the responses of individual board members. It was as if they were trying to find cause where there was none.”

Arrington said the board has since been evaluating the agreement, trying to reach a solution that is amicable to both parties.

“This is happening at budget time, so they’re trying to figure if they want to work things out of go a different direction,” he said. “One way or the other, the town is going to have to take this on the chin and decide do they really want my help?”

Arrington said he’d been working hard to help the town but feels that certain members of its administration are stopping him from doing what he was hired to do.

Mayor Jim Gobbel verified that the severance agreement had been received and that the town is working to reach an agreement, but he declined further comment.

Mayor Pro Tem Sharon Hovis said the board had “kind of” been expecting the severance agreement.

“We’re still kind of up in the air right now about things,” Hovis said.

She said the town is juggling a lot — personnel issues, large facility projects and more.

“Right now, we can’t even really discuss anything with having attorneys on both sides,” said Hovis, citing confidentiality restrictions for personnel.

Board member Mike Boone also declined to comment about Arrington’s submission and his reasoning.

“Well, you know what opinions are,” Boone said. “I wish we could talk, but we can’t.”