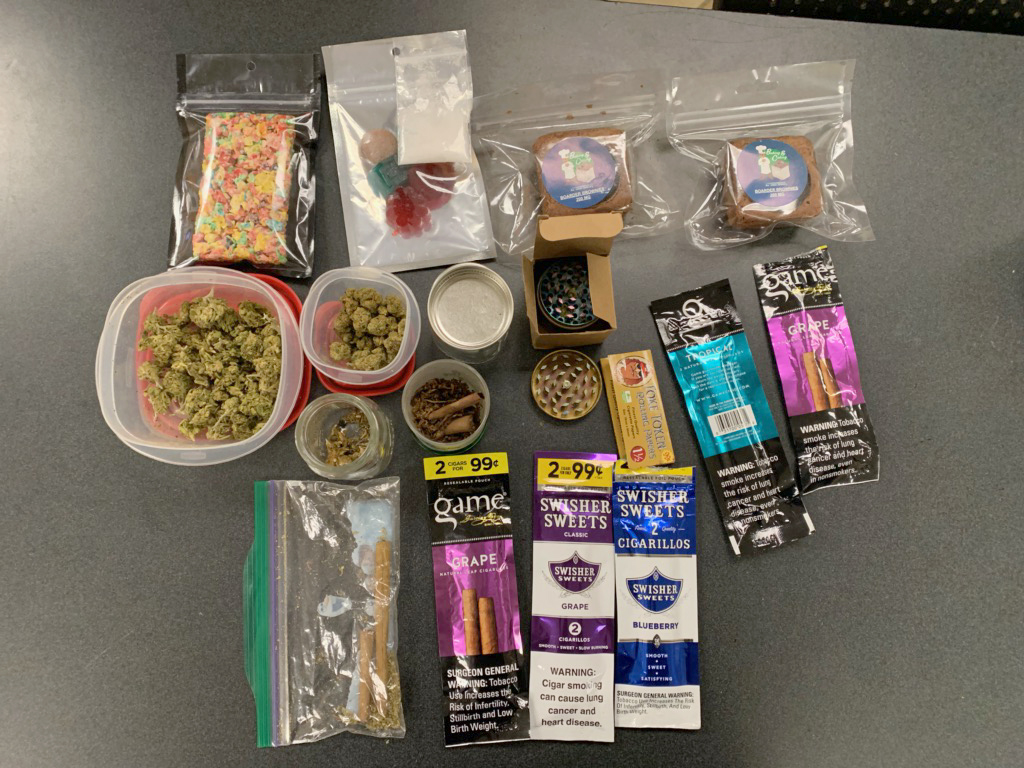 Salisbury Police seized these items during a traffic stop Thursday night in a car where the driver was caught tossing a marijuana blunt out of his window. The items confiscated include what appear to be marijuana brownies, Rice Krispy Treats coated in cereal, gummy candies, a marijuana grinder and marijuana. Salisbury Police photo

SALISBURY — A Salisbury man faces felony drug charges after he was caught smoking marijuana in his car as a police officer drove by him.

The officer was driving in the area when he smelled a strong odor of marijuana, according to a report. The only vehicle in the vicinity was an Acura. When the car didn’t move when the light changed to green, the officer stopped the driver. The officer saw Lopez Nava, the driver, toss something out the window, the report said.

Lopez Nava apologized for littering and told the officer he had thrown a cigarette out the window. He eventually admitted the cigarette was a marijuana blunt, the report said.

The officer searched the vehicle, and Lopez Nava told him the items he found belonged to his girlfriend. The officer found a Walmart bag with marijuana, a marijuana grinder, marijuana wrappers, blunts in plastic bags and what appeared to be marijuana brownies, gummy candies and cereal treats.

Lopez Nava was released from the Rowan County Detention Center under a $3,500 secured bond.