Quotes of the Week: ‘It was still very much a reality’ 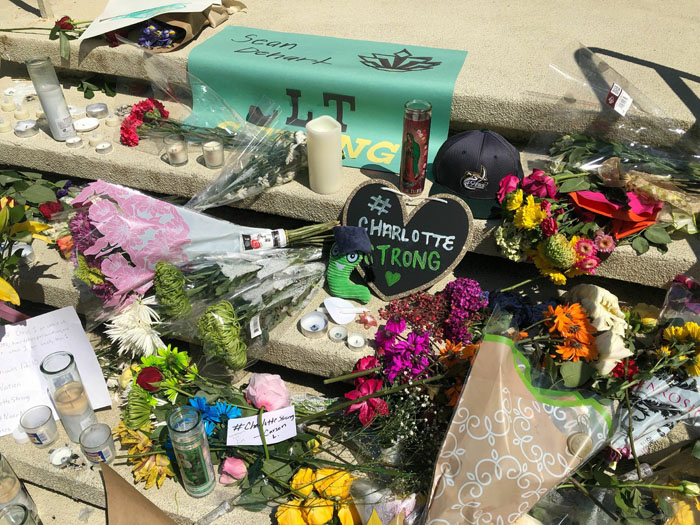 A growing memorial is seen on the steps of a building at the University of North Carolina at Charlotte on, Thursday. Skip Foreman/Associated Press

“Just like anything else, you wake up and hope it was all just a bad dream. This morning, it was still very much a reality.”

— Sean Fox of Granite Quarry, media relations manager for the UNC-Charlotte baseball team, a day after a student armed with a pistol killed two people and wounded four others in a shooting inside a building on campus

“I schedule my training around my naps.”

— Marvin Jones, 81, who has been preparing for this Saturday’s Buck Hurley Triathlon at the J.F. Hurley Family YMCA and is the oldest
participant signed up

“My biggest reward is giving (students) the confidence to know they can do something they thought they couldn’t.”

— Evelyn Carrasquillo, a math teacher at A.L. Brown High School who was named Teacher of the Year in Kannapolis City Schools

“We all live on the same planet.”

— State Rep. Harry Warren, on the environmental and health issues behind his bill to reduce the prevalence of single-use plastics and promote recycling now under consideration in the General Assembly

“Our hitters may not have hit a lot today, but they hit when they needed to.”

“It was a dramatic night, and we thought we would never see her again.”

— Tammy Crandall, grandmother of 8-month-old Everly Allyson Crandall, who spent 244 days in the neonatal intensive care unit at a Charlotte hospital in a touch-and-go struggle after her birth at 1 pound, 6 ounces in August

— David Whisenant, who was a member of the pastor search committee when First Baptist Church of Salisbury hired Kenneth Lance as its senior pastor 17 years ago, a post Lance relinquished when he retired this week