Details coming together for May 18 Cheerwine Festival 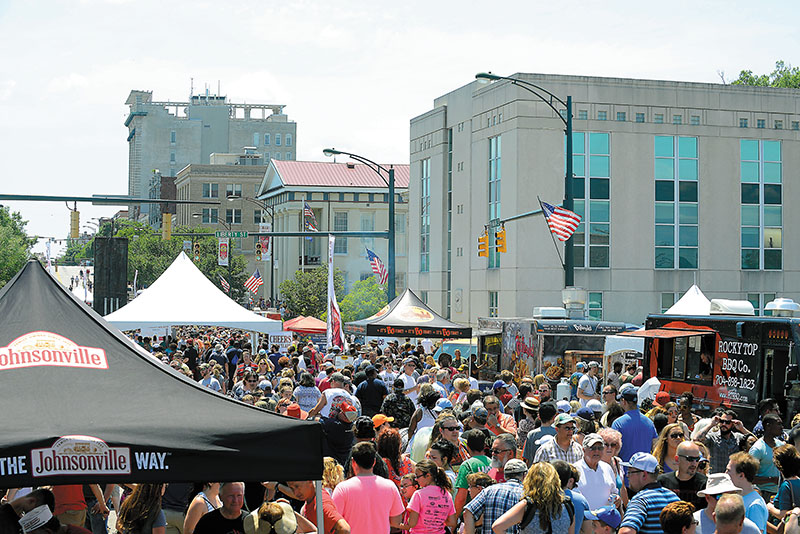 Salisbury-based Cheerwine will host what it expects to be the “biggest Cheerwine Festival ever” in its third consecutive year.

The free festival is scheduled from noon to 10 p.m. May 18 in downtown Salisbury.

“We’re grateful to the tens of thousands of Cheerwine fans who joined us last year and can’t wait for everyone to see what we’ve got planned for 2019’s festival,” said Joy Ritchie Harper, vice president of marketing for Cheerwine and a fifth-generation founding family member. “We’re proud of our Carolina roots, and we co-host this event with the city of Salisbury to celebrate the region’s uniquely Southern tastes, sounds, culture and amazing people.”

According to the company, the 2017 and 2018 Cheerwine festivals were a cumulative $1.5 million boost to the city’s economy, with more than 60,000 people in attendance.

“Salisbury is proud to be the birthplace of Cheerwine,” Mayor Al Heggins said in a news release. “The soft drink company has called our city home for more than 100 years. We’re delighted to present this third annual celebration of all things Salisbury and Cheerwine, and we’re looking forward to welcoming Salisburians and visitors alike.” 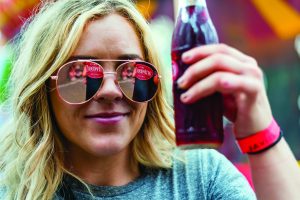 Photo courtesy of Studio 35 Photography The third annual Cheerwine Festival will be held May 18 in downtown Salisbury.

Food vendors from across the Carolinas will have bites available for purchase. Many will also offer Cheerwine-infused dishes, such as:

• Cheerwine-infused cherries by Cherry on Top.

Festival-goers can enjoy the “Taste of the Carolinas” compliments of Food Lion. Participating brands include:

Music will be front and center at the festival, with performances by multiplatinum rock band Smashmouth, best known for its hit song “All Star,” as well as several acts from across the Southeast.

Other activities will include:

• From noon to 6 p.m., Cheerwine will host its first scavenger hunt, with fans searching for clues all over downtown for a chance to win prizes. To participate, visit the Cheerwine Fan Club tent at the festival.

• Cheerwine history will be featured at the Rowan Museum from noon to 5 p.m. Back for the first time since the brand’s centennial celebration in 2017, the museum’s free Cheerwine exhibit will take fans on a walk through the soft drink’s last 102 years.

• The F&M Bank Kids’ Zone, open all day, will feature family-friendly games and activities such as rock-climbing and bounce houses.

For more information about the Cheerwine Festival, visit http://cheerwinefest.com.