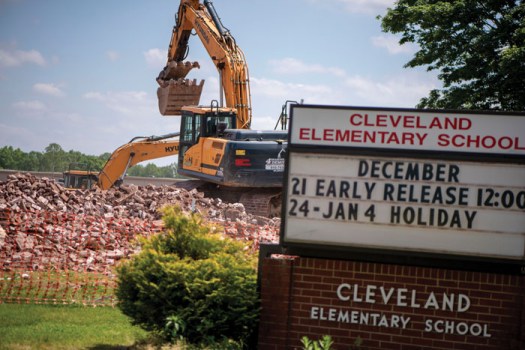 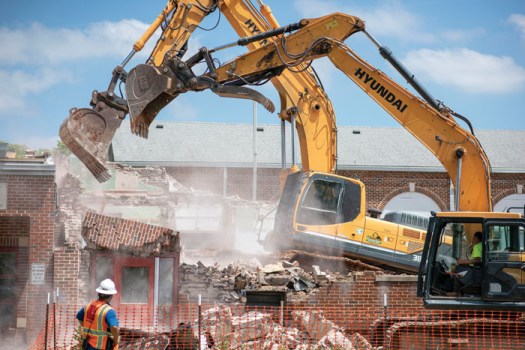 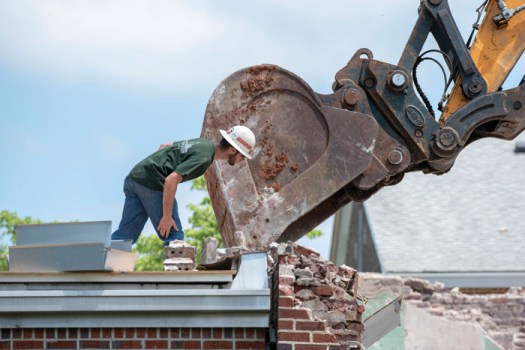 Trent Greise surveys the wall that his father, Travis, is preparing to remove with a track hoe excavator. Jon C. Lakey/Salisbury Post 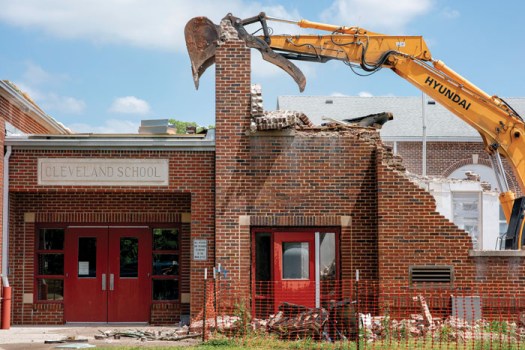 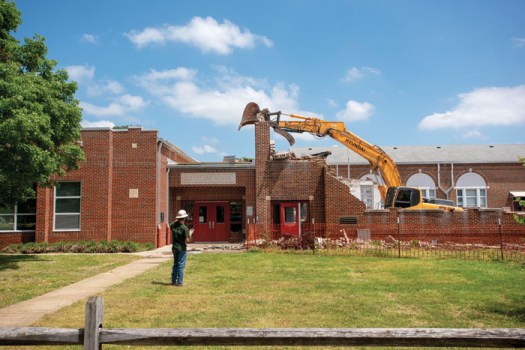 Parts of the former Cleveland Elementary School left standing will be used for a library. Jon C. Lakey/Salisbury Post

In this view from North Main Street, a track hoe works Thursday afternoon on the demolition of the former Rusher's Tire Service building at North Main and Kerr streets. Plans are for a new Sharonview Federal Credit Union on the corner. Mark Wineka/Salisbury Post 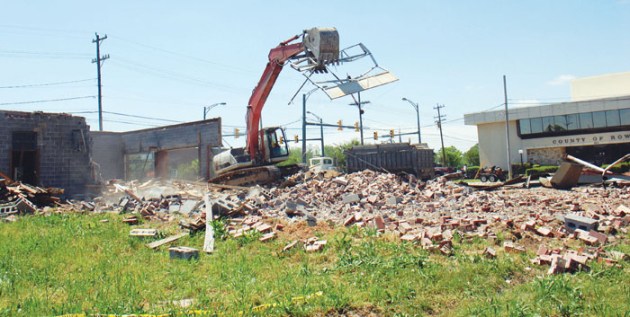 A track hoe swings away from the old Rusher's Tire Service building at 403 N. Main Street and deposits more material on the debris pile. The building, which opened in 1954 but has been vacant for many years, is being demolished. Mark Wineka/Salisbury Post

This picture was taken during the January 1954 grand opening of a Rusher Tire Service (and service station) location at North Main and Kerr streets. Salisbury Post file photo

Demolition equipment this week has torn into two familiar Rowan County structures — one a school, the other a former business — piling up a ton of memories on their debris heaps.

Major sections of the former Cleveland School, which was close to 100 years old, have been torn down and carted away, including the old gymnasium and two-story classroom.

Parts left behind will provide a West Rowan Library and possibly quarters for an EMS station.

The Rusher’s location at North Main and Kerr streets dated to 1954. Rusher’s Tire stopped selling gas there in 1990, and this particular Rusher’s Tire location closed in the fall of 1998. It has been vacant for many years.

In March, the Salisbury Historic Preservation Commission approved site plans for a new Sharonview Federal Credit Union on the corner.