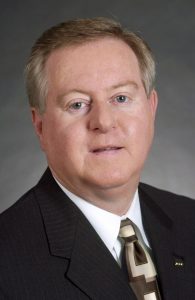 I appreciate the opportunity to respond to Editor Josh Bergeron’s column published Sunday regarding the complex issue of coal ash and who should pay for state-mandated excavation of tens of millions of tons of it.

Duke Energy used the same process and technology for storing coal ash as the vast majority of utility companies across the country (at more than 700 ash basins in the U.S.), and the company managed it under strict state permits designed to protect public health and the environment.

There is also an ongoing misconception that customers have paid for repairs and remediation of the ash release into the Dan River near Eden in 2014. In fact, Duke Energy shareholders have borne all of the expense associated with that cleanup. Customers have not, and will not, be asked to pay any portion of it. We are building an ash reprocessing unit at the Buck Combined Cycle Station and will excavate the ash there to recycle it into concrete.

What is at stake now, with the recent order from the Department of Environmental Quality, is the digging up and moving of tens of millions of tons of coal ash at six other sites in North Carolina. Under this most extreme method of closing ash basins, the total cost of excavation could grow by $4 billion to $5 billion, beyond the $5.6 billion previously estimated for the Carolinas.

Here’s why that’s important: We’ve been in the process of safely closing ash basins for several years now, and in 2017 and 2018 in rate proceedings, the N.C. Utilities Commission affirmed that the vast majority of coal ash-related expenses incurred to that point were appropriately recovered via customer rates.

Our proposal for closing ash basins at the six final sites in North Carolina was based on sound engineering and robust analysis. Importantly, we’ve conducted extensive water sampling around the ash basins. That testing demonstrates that lake and rivers as well as neighbors’ drinking water supplies, remain protected from ash basin operations.

Furthermore, the closure methods proposed are approved by the U.S. Environmental Protection Agency, which deems those methods fully protective.

For decades, our customers in North Carolina have paid rates that are well below national and regional averages, and our coal-fired power plants have been a big part of that rate stability and advantage.

In the last decade, we’ve been transitioning our energy supplies to increasingly cleaner sources, such as the gas plant at Buck. Our investments in renewables have made North Carolina second in the nation in installed solar capacity.

Our goal, as always, is to continue to provide competitive rates for our customers and communities, while ensuring our operations are environmentally sound. Our proposed plan reflected that commitment.

Because outside experts’ analyses show there’s no measurable environmental benefit to excavating — and more potential environmental harm — we feel compelled to appeal to protect customers’ energy rates. The extra expense to excavate could be used on other energy projects that benefit North Carolina such as renewables and a more resilient grid.

Randy Welch is district manager of government and community relations for Duke Energy.

By Thomas Mills The first special election primary of the cycle is behind us now. In North Carolina’s 3rd District... read more