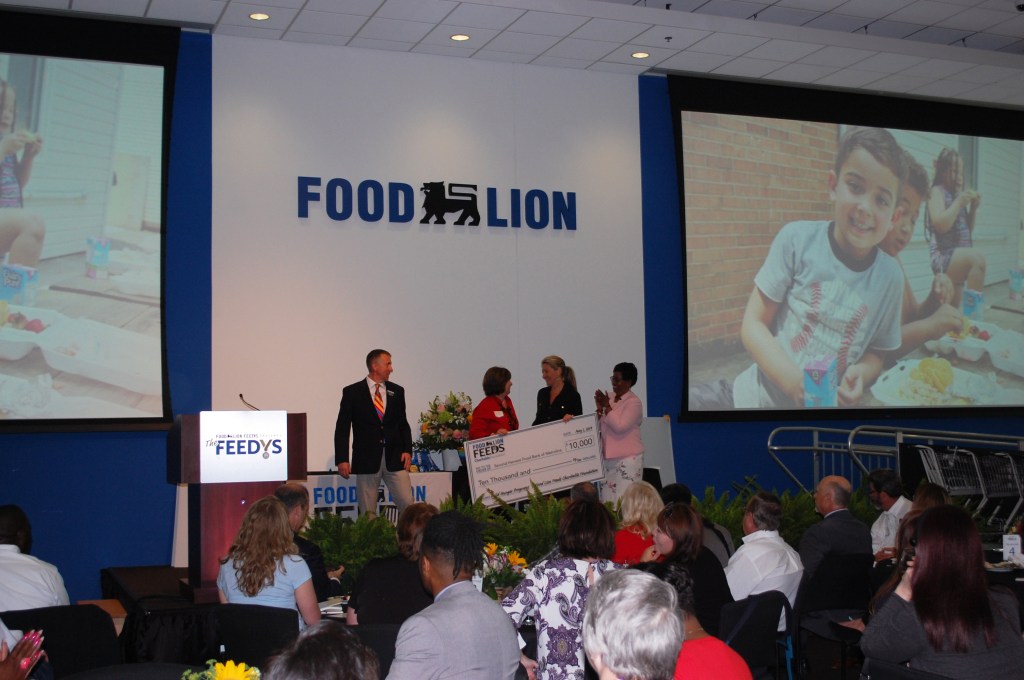 Second Harvest Food Bank of Metrolina, which serves Rowan County, was awarded a $10,000 grant at the Feedys Award on Wednesday.

SALISBURY — For the fourth annual Food Lion Feedys, the Salisbury-based company has recognized and rewarded food banks across its network, including Second Harvest Food Bank of Metrolina, which serves Rowan County.

Food Lion President Meg Ham said the work food banks do is vital in supporting their neighbors who are food insecure.

Ham listed statistics showing how many people in Food Lion’s footprint are food-insecure.

Ham said that although everyone in the room had heard the statistics before, the problem of hunger continues.

“I’ve said them a million times, and every time I say them or think about them it hurts,” Ham said. “They haven’t changed since I’ve been saying them, and so we know our work is not done. We know that the work we do together is critically important.”

“Whatever reason a family is in need and is food-insecure, we want our neighbors to know they can count on us,” said Greg Finchum, Food Lion’s executive vice president of retail operations. “Today, we will spend time to thank each other and recognize all of our food bank partners.”

Second Harvest Food Bank of Metrolina was also given the Towns and Cities Award for assisting the coast during Hurricane Florence to provide food for those in need.

“We care about the towns and cities we serve, and that is why we’re committed to not only providing fresh food at an affordable cost but provide food to each so we can jointly serve our neighbors in need,” Finchum said.

Providing food for communities is a value of Food Lion, Ham said.

“At Food Lion, our customers trust us to nourish their families and set them up for success in life,” Ham said. “So you see, this isn’t only a hobby for us. This is who we are. This is our mission.”

Food Lion associates and stores that work to close the hunger gap were also recognized Wednesday.