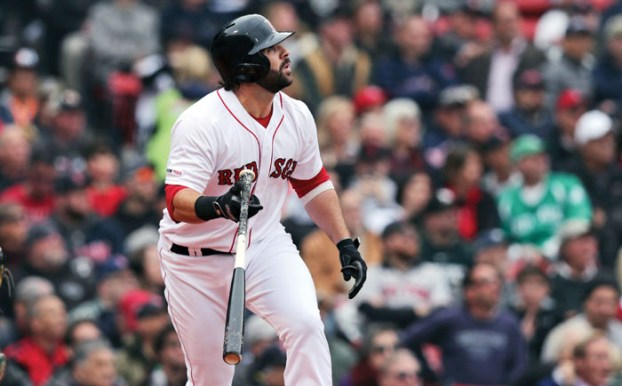 All or nothing: Homers, strikeouts on record pace

“There’s just no question that swings are geared for more home runs,” he said. “The swings are different than they used to be. It’s pretty obvious when you pull up a video of 20 years ago, 30 years ago.”

Players hit 1,144 home runs in 874 games through April 30, according to the Elias Sports Bureau, an average of 1.31 per game. That is on track to break the record average of 1.26 set two years ago.

“I think we’re starting to see more and more, some of the miss-hits are going pretty far, too,” Tampa Bay manager Kevin Cash said.

Even more significantly, the barrage took place during a time when cold weather in much of the country usually causes many fly balls to die on warning tracks. There were 912 homers in 838 games through April last year, an average of 1.09 in a season that ended at 1.15 — the second-highest ever. This year’s weather was better to some degree; there have been 15 postponements, down from 28 through last April.

“The ball’s been flying here more than I’ve ever seen,” Mets manager Mickey Callaway said after New York and Minnesota combined for a Citi Field-record 10 long balls. “This time of year, the balls don’t usually travel like they are.”

“Younger age guys are starting to learn even in their teens to get the ball in the air, not necessarily to hit the ball up the middle, other way type of stuff.”

Before 2017, strikeouts never exceeded hits over a full calendar month. There were more whiffs than hits in April, June and September last year, and there were 187 more strikeouts than hits over the full season.

“Relief pitchers are throwing 95-plus (mph). Starters are throwing 93 or higher with movement,” Mets third baseman Todd Frazier said. “Balls are going left and right, and up and down, and sideways.”

And perhaps because batters are crowding the plate, there have been 368 hit batters, an average of 0.42 per game on track to be the highest since 1900.

“People got to understand, it’s not how it used to be,” he said. “When I was younger, they taught you to get on top of the ball, backspin.”

LOUISVILLE, Ky. (AP) — Favorite Omaha Beach has been scratched from the Kentucky Derby because of a breathing problem. Kentucky... read more