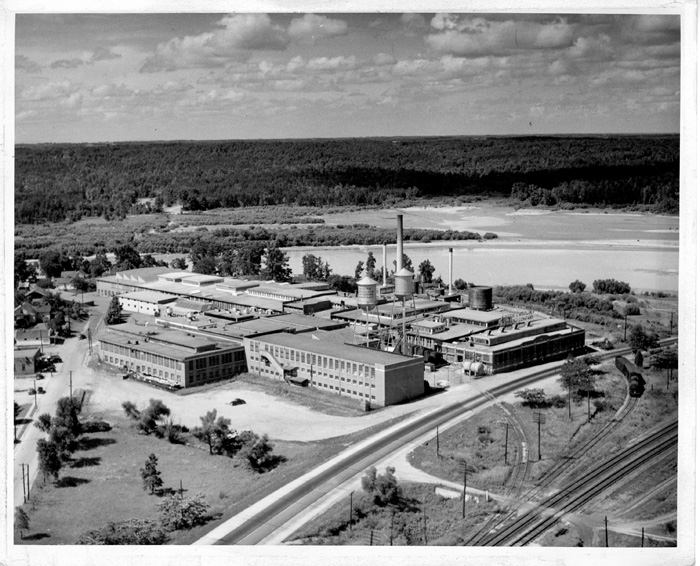 The N.C. Finishing Co. plant in an undated file photo.

SPENCER — Aiming to rekindle the spirit lost with the closure of the former North Carolina Finishing Plant, former employees, family members and residents of Yadkin Village will come together this weekend at the Yadkinite Gathering.

The gathering is an attempt to drum up interest in the history of those who lived in Yadkin Mill Village, said Gary Hauze, an amateur historian who is working to secure a location for a Yadkin history museum.

It’s also a chance for those with ties to the plant and its surroundings to share artifacts and memorabilia, Hauze said.

The gathering will be from 2 to 4 p.m. Saturday at Yadkin Baptist Church, adjacent to the former mill village. It is free and open to the public.

A lot of people don’t know the rich history of those who lived there, Hauze said.

If the gathering is successful, it could be the first step in creating a Yadkin Village exhibit for the forthcoming museum. This would be the first exhibit of its kind, said Catawba College history Professor Gary Freeze.

Hauze said the gathering is an opportunity to tell the story of two renowned people from the village — Kenneth Barnes and Melvin Young.

Young served as the first sexton — a person who takes care of church property — of Yadkin United, Hauze said. Young was also Yadkin Village’s first scoutmaster. As a scout, Young would join Shirley Temple at the 1939 World’s Fair in New York, Hauze said.

Barnes signed up to work at the mill village’s fire department on night “temporarily” but would say on, retiring 46 years later, Hauze said. He ran other operations as well, such as dealing with coal ash, Hauze said.

Both of them went above and beyond what you’d find would in a typical mill village, Hauze said.

Yakin Village is a great example of a classic southern mill village, Freeze said. It lasted from about 1920 to 1970, he said. And, Hauze added, it was a place from which generations of plant workers came.

The finishing company, which was the main employer for those living in the village, has an equally important place in Rowan County history. A 1954 article in the Salisbury Post said the production plant was the “largest independent commission plant in the world.” And a 1998 Post story listed the finishing plant as No. 16 of the top 100 employers for Rowan County.

The finishing company was organized by Napoleon Bonaparte McCanless, Thomas B. Marsh and M.L. Jackson in 1916 as Yadkin Finishing Co. The name came from its location on the river.

After the Erlanger family took a majority interest in Yadkin Finishing for their BVD undergarment company in 1920, it would be renamed North Carolina Finishing Co. in 1921. Over the years, the factory was widely known to put the “finishing touches” on a variety of woven fabrics for industrial and retail use.

The factory closed suddenly in September 2000, leaving 300 people unemployed. A Post article at the time described the loss of “a Rowan County institution.” This was two years after the company was bought by Color-Tex, a Boston-based firm. Its closure was due to the company’s major creditors filing bankruptcy.

Hauze said his interest in the village came to life after he served as a supply pastor at Yadkin United Church. His father-in-law, Hugh Young, left the village to successfully pursue a degree in psychics and later work for the U.S. government.