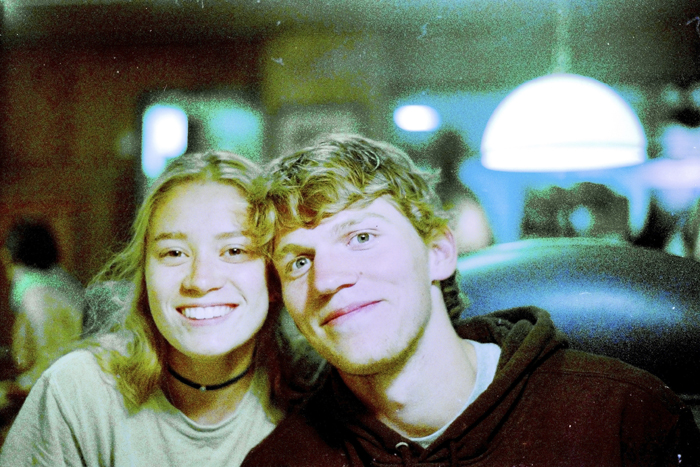 CHARLOTTE — A college student tackled a gunman who opened fire in his classroom, saving others’ lives but losing his own in the process, police said Wednesday.

Riley Howell, 21, was among students gathered for end-of-year presentations in an anthropology class at the University of North Carolina at Charlotte when a man with a pistol began shooting. Howell and another student were killed; four others were wounded.

Charlotte-Mecklenburg Police Chief Kerr Putney said Howell “took the assailant off his feet” but was fatally wounded. He said Howell did what police train people to do in active shooter situations.

“You’re either going to run, you’re going to hide and shield, or you’re going to take the fight to the assailant. Having no place to run and hide, he did the last. But for his work, the assailant may not have been disarmed,” Putney said. “Unfortunately, he gave his life in the process. But his sacrifice saved lives.”

The father of Howell’s longtime girlfriend said news that he tackled the shooter wasn’t surprising. Kevin Westmoreland, whose daughter Lauren dated Howell for nearly six years, said Howell was athletic and compassionate — and would have been a good firefighter or paramedic.

“If Lauren was with Riley, he would step in front of a train for her if he had to,” Westmoreland said. “I didn’t realize it might come to that for somebody else.”

In a statement, Howell’s family remembered him as a big-hearted person who was friends with everyone.

“He always was able to put others before himself and never hesitated to help anyone who needed it,” the statement read.

The motive wasn’t clear. Suspect Trystan Andrew Terrell had been enrolled at the school but withdrew this semester, UNC-Charlotte spokeswoman Buffy Stephens said. Campus Police Chief Jeff Baker said Terrell had not appeared on the radar as a potential threat.

“I just went into a classroom and shot the guys,” Terrell told reporters Tuesday as officers led him handcuffed into a law enforcement building.

Terrell, 22, was charged with two counts of murder, four counts of attempted murder and other charges.

Putney said the suspect didn’t appear to target any particular person but did deliberately pick the building. He wouldn’t elaborate on why. Authorities said the anthropology class was fairly large, without specifying how many students were present.

Terrell is under observation in police custody, and his father and attorney haven’t been allowed to speak to him, said his grandfather, Paul Rold.

“His dad hasn’t a clue about what happened or why it happened,” said Rold, of Arlington, Texas.

Terrell was on the autism spectrum but was “clever as can be” and bright enough to learn foreign languages, Rold said. He said his grandson wasn’t very social.

Rold said the Charlotte campus shooting is the latest in a long line of mass shootings that won’t end until laws reduce the volume of readily available guns.

“It’s unfortunate that in our society it can be so easily perpetrated. He has no background in guns or gun collecting, gun interest,” he said. “And how, in a short period of time, he was able to secure these weapons — legally, illegally, however— is the problem until Congress does something. If Sandy Hook, if Las Vegas, if Florida and these multiple incidents like yesterday can’t get them to move, if they’re more interested in re-election than the value of human life, this thing will continue.”

In a statement, UNC-Charlotte said all the victims were students, five from North Carolina and one international. Howell, of Waynesville, and Ellis R. Parlier, 19 of Midland, were killed. Those wounded were Sean Dehart, 20, and Drew Pescaro, 19, both of Apex; Emily Houpt, 23, of Charlotte; and Rami Alramadhan, 20, of Saihat, Saudi Arabia.

In a class a few rooms away from the shooting site, Krysta Dean was about to present a senior research project when she heard someone scream “shooter.” The anthropology major huddled behind a table with classmates.

“When I was sitting there on the floor, thinking that I might get a bullet in my head, my biggest fear was somebody’s reality. And there are parents that are never going to be able to hug their children again,” she said.

After the shooting, students and faculty scrambled to find safe spaces on the campus of nearly 30,000 students, enduring a lengthy lockdown.

On Wednesday night, thousands of students and others thronged the school’s basketball arena for a campus vigil. Student body President Chandler Crean wiped away tears as the school chancellor said they couldn’t emerge unchanged from Tuesday’s shooting but they could emerge stronger. He later said the university needs to use the shock of what happened to change society.