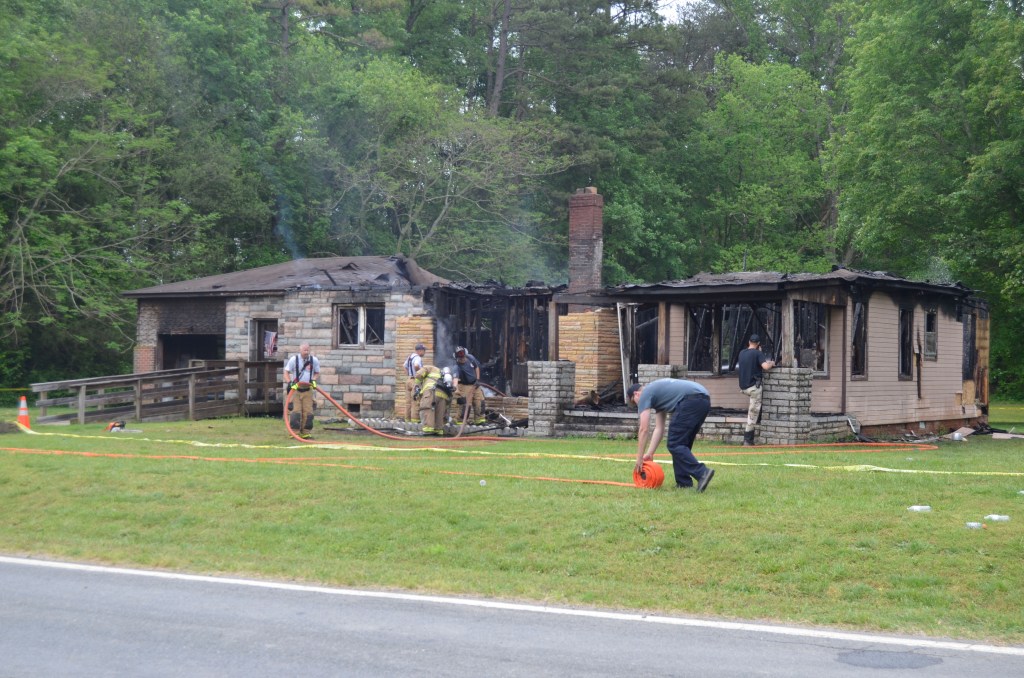 Firefighters continue to put out hot spots inside this Rimer Road home that was destroyed Wednesday morning by fire. The occupant, Donald Ray Basinger, 51, was not able to get out and died inside the home. No cause has been determined. Shavonne Walker/Salisbury Post

SALISBURY — A Salisbury man was found dead inside his Rimer Road home Wednesday after an early-morning fire.

Authorities said 51-year-old Donald Ray Basinger was unable to get out of the home at 665 Rimer Road in the southeastern part of Rowan County. Either a passer-by or a neighbor called 911 about 4:30 a.m. to say the one-level home was engulfed in flames.

Firefighters knew early on that someone had not made it out.

“We had a lot of fire in the center of the house,” said Bostian Heights Fire Department Chief Mike Zimmerman.

Zimmerman said firefighters tried to rescue Basinger but they encountered “a heavy fire load.” Fire crews had problems getting inside the house because the power was still on and started arching, Zimmerman said.

Some firefighters could feel electricity through fire hoses and had to attack the fire from a different angle until a utility crew arrived.

Rose said it was sad to see his neighbor died in a tragic way.

According to Rowan County Fire Division Chief Deborah Horne, Basinger’s body was found in the back part of the home. Horne said the cause of the fire has not been determined.

Basinger’s family remained on the scene about 8 a.m. as firefighters continued to pour water onto the smoldering fire.

Authorities said foul play is not suspected. Detectives were seen carrying guns out of the home as a safety measure.

It’s not clear if Basinger had a medical emergency or was trapped inside the home. Fire officials said the house was his family home.