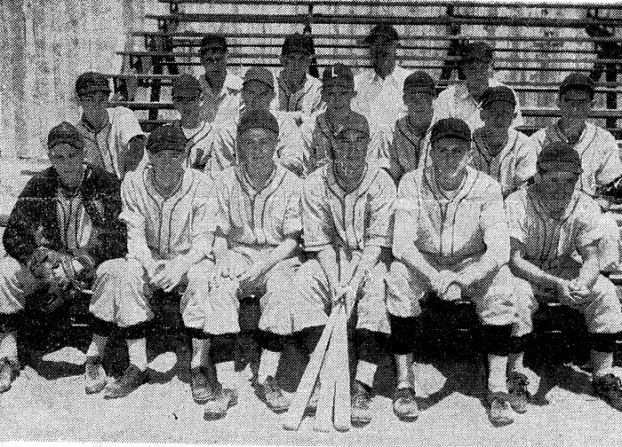 Loyd Hill of Salisbury provided this photograph of the 1947 baseball team of Landis High School, which won the Rowan County and state Class 2A championships that year. Hill was a sophomore pitcher on the team, and he won seven games in both 1947 and 1948 before transferring to China Grove High for his senior year. The ball players in this grainy newspaper photo include, front row from left, Clarence Stewart, Bobby Butts, Buddy Thomas, Bobby Cross, Tommy Bostian and Trimmy Shoemaker. The second row, from left, includes Hill, Ray Bostian, Don Cross, Bill Wilhelm, Junior Blackwelder, Joe Alman and Anthony Osborne. The third row, from left, included manager Kenneth Alexander, Jack Freeman, Coach Ed Cross and manager Kenneth Fink. Wilhelm, who died in 2010, later would make his mark in baseball as head coach at Clemson University from 1958 to 1993. His 36-year record at the school was 1,161–536–10.

1. While he first expressed on Twitter that it would be a shame for the Kannapolis minor league baseball team... read more