South Salisbury honors its own during membership banquet 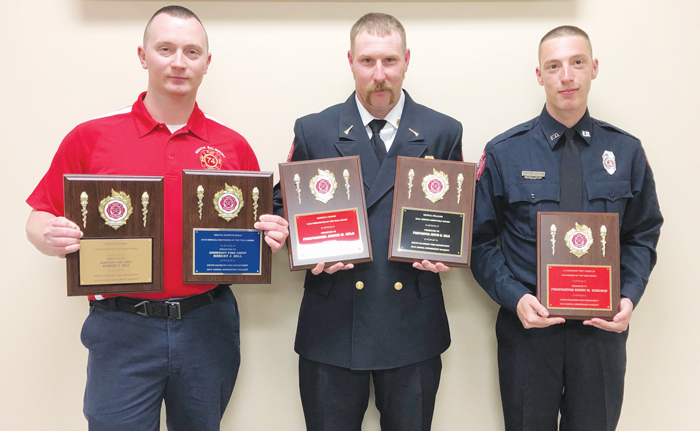 The South Salisbury Fire Department also recognizes members who go above and beyond to provide services for the public. These awards are voted on by the department membership.

Lt. Justin Belk was presented the Harold V. Glover Firefighter of the Year Award and the Kevin D. Williams Service Above Self Award. Belk began his service as a volunteer firefighter in 2005. He was promoted to his current rank in January.

Anyone interested in becoming a volunteer who lives near the South Salisbury community can stop by the fire station, call 704-637-3873 or find the department on social media for more information.