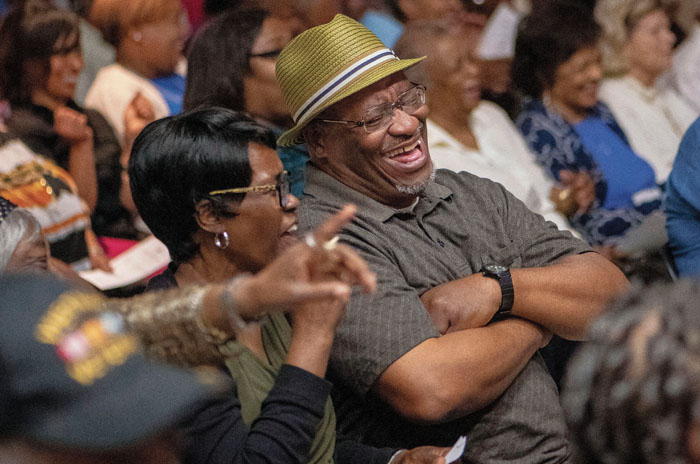 1. The 700,000-square-foot Chewy distribution center will be built on property that two Salisbury couples bought more than 30 years ago as an investment. Who were the couples, whose families finally saw their investment pay off?
A. Millers and Koontzes
B. Treveys and Eptings
C. Carltons and Overcashes
D. Grahams and Holshousers

3. Why has the Salisbury-Rowan NAACP started an investigation and threatened a lawsuit in connection with the Spencer Board of Aldermen?
A. The NAACP says there should be more black firefighters and police officers in Spencer.
B. The NAACP is concerned about the contents of a leaked, recorded telephone conversation between Town Manager Terence Arrington and board member Sylvia Chillcott.
C. The NAACP says the town’s zoning ordinance discriminates against some residential areas of town.
D. The NAACP charges the town board has acted secretly to permit the closing of North Rowan High School.

4. Rowan County native Leah Wyrick, a freshman at Wake Forest University, is hoping to patent the design of a bra for women recovering from breast surgery. What’s the name of the company she created to develop her Resilience Bra?
A. Three Strands Recovery Wear
B. Comfort Push Clothing
C. Comeback Fashion
D. Wireless Communication

6. Across the state, more and more school districts are opting to cancel classes on May 1 because of the teachers’ Rally for Respect in Raleigh. Which is true of the way the Rowan-Salisbury Schools district is handling possible teacher absences on rally day?
A. The school district will cancel classes with an optional teacher workday.
B. Teachers are not allowed to attend the rally, and classes will proceed as scheduled.
C. A teacher can attend the rally if a request for a personal leave day is made at least five days in advance and a substitute is available.
D. No decision has been made.

8. The N.C. Department of Transportation and Norfolk Southern Railway have reached an agreement that will lead to major construction at the Kannapolis train station, beginning in December, and Salisbury Station, beginning in June 2020. What will be built at each depot?
A. New waiting room for Amtrak passengers
B. Parking deck
C. Second platform, allowing passenger trains to go in and out without having to wait for freight trains
D. A tunnel, allowing future high-speed passenger trains between Charlotte and Raleigh to pass through without stopping for freight trains

9. A 52-year-old bridge over Interstate 85 in Rowan County was closed permanently Friday. It was the bridge for what road?
A. Long Ferry Road
B. Mount Moriah Church Road
C. Moose Road
D. Old Beatty Ford Road

10. The “Ministers (& Judges) of Comedy” show was held Thursday evening at the Salisbury Civic Center. It raised money for what?
A. Renovations of J.C. Price High School
B. Restoration for R.A. Clement School in Cleveland
C. Continued development of the Dixonville-Lincoln Memorial
D. Improvements at Oakwood Cemetery