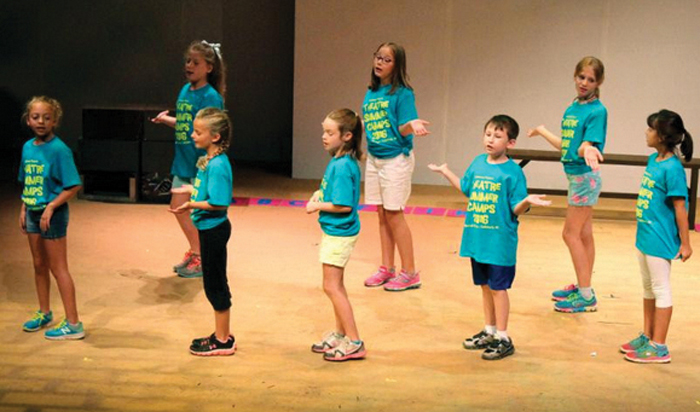 Camps held at the Meroney Theater,

Students learn to express themselves while we play games, do puzzles, and learn basic acting and design skills.

Aladdin, the Princess, the Lamp and the Genie. Exploring musical fantasy.

Magical fable where a pilot is forced to land in the desert, where he is befriended by a little prince from the planet Asteroid B-612.

Create a black light show using black lights and day glow colors. Great choice for kids who like both art and theater.

Learn about Commedia del Arte from the Italian Renaissance and create your very own production. Design original masks to keep.

Work backstage and at the costume shop to learn what it takes to bring a live production to stage.

From the Page  to Stage (elementary)

Become characters from your favorite books. Songs, dances, and scenes from Matilda, Junie B. Jones, The Wizard of Oz, Seussical, Harry Potter and more.