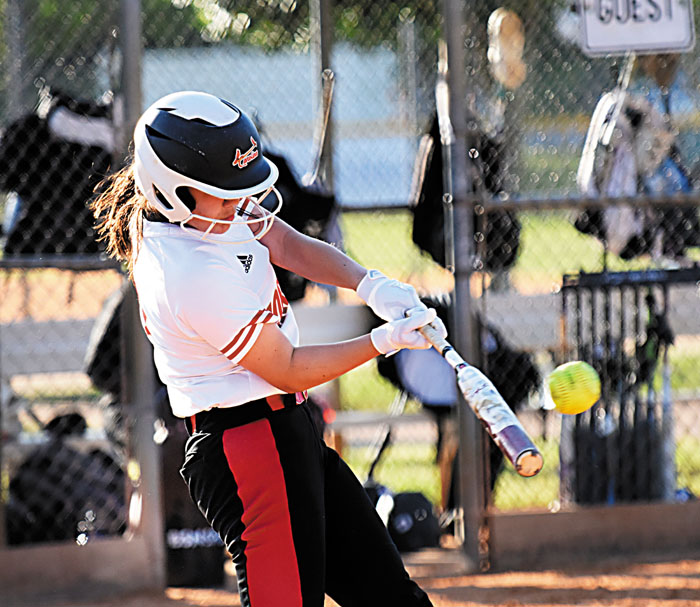 SALISBURY — Carson pounded out 23 hits and beat East Rowan 18-3 in the third-place game in the 2nd annual Civitan Softball Tournament on Friday.

Kary Hales smashed a two-run homer for the Cougars (15-8), who also smacked six doubles in the six-inning game at Salisbury Community Park.

Hales went 3-for-5 with five RBIs. She went 8-for-10 in the two-day tournament with eight RBIs.

Carson scored 10 runs in the first inning to take control.

Allie Burns, Ellie Wilhelm and Abbey Nixon had three hits each for the Cougars.

Maddie Trexler had two hits for the Mustangs. Mackenzie Sprinkle and Ashlyn Fritz had RBIs.

SALISBURY — Central Cabarrus got six RBIs from Catawba signee Riley Tucker and beat East Rowan 12-2 in six innings in an early game in the Civitan tourney.

Tucker  homered and doubled. She also was the winning pitcher, striking out six.

Central had 17 hits. Tucker had four. Aniyah Tate, Lexi Butcher and Lacie Coubal had three each.

SALISBURY — Salisbury stayed with Cox Mill for three innings but lost 12-2 in a five-inning contest in the Civitan tourney.

The Hornets were only down 3-2 after three innings, but Cox Mill (7-12) blew it open with a six-run fourth and ended the game via the 10-run rule in the fifth.

Salisbury (9-14) made seven errors that led to six  unearned runs.

Ellen Yang stood out for Salisbury. She had both SHS hits — one infield hit and one solid single. Yang also pitched a complete game.

Kayla Smith had three RBIs for the Chargers. Jordan Parkin had three hits. Madison Phillips was the winning pitcher.