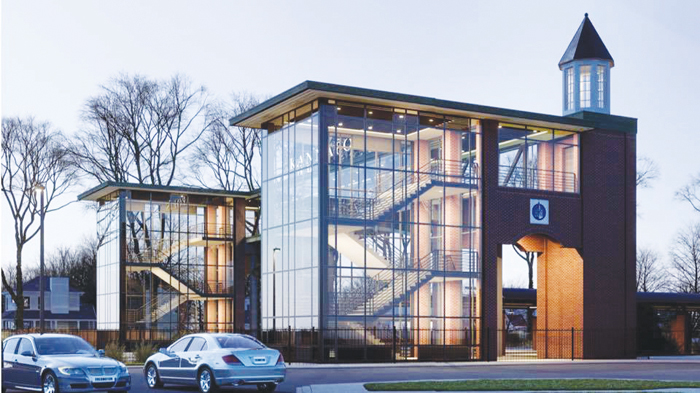 A rendering of the new Kannapolis train station.

SALISBURY — The train stations in both Kannapolis and Salisbury will add second platforms to allow passenger trains to come and go instead of waiting for freight trains to clear.

The North Carolina Department of Transportation and Norfolk Southern Railway have agreed to construct the second platforms several years ago, but construction has been slow to start.

DOT spokeswoman Katie Trout said construction on the Kannapolis platform is set to begin in December. Work on the Salisbury platform is scheduled to begin in June 2020. Both will take 18 months to build.

According to Salisbury City Engineer Wendy Brindle, construction of a second platform at the Salisbury Depot was planned for June of this year, but the project was delayed because of funding.

But plans for the two platforms are bringing excitement in both cities.

Kannapolis City Councilman Ryan Dayvault said the second platform will complement downtown development of a new baseball stadium and a mixed-use development known as a “demonstration project” that will bring apartments, a hotel, restaurant, brewery and other retail space.

“It’ll all come together at the same time,” Dayvault said.

The new train platforms will have pedestrian walkways and an elevator complaint with federal disability guidelines. The Kannapolis station will connect Mill Village to downtown for pedestrians.

Salisbury City Councilwoman Karen Alexander said she’s excited about the Depot, which was recently designated as a local historic landmark.

“I’m very excited about the historic landmark status and know that it’s important to have that other platform,” Alexander said.

She said the Depot was designated to have five stops at the station a day, which she called a blessing for the city. The second platform will encourage employees to coordinate their work schedules with that of the train station to commute to work, Alexander said.

Trout said the second platform of the Depot will keep with the historical character and style of the existing station.

City Engineer Brindle said the second platform project will include a new canopy on the east side of the railroad tracks that looks identical to the existing canopy. Both designs are based on the historic architecture of the Depot.

Alexander said the Rail Division of DOT will receive input from the Historic Salisbury Foundation and public about the design of the platform.

The area surrounding the Depot also has been considered. Brindle said the updated train station will include support for city and commercial buses and other modes of transportation.

Alexander said the city has looked into making Depot Street one-way to help with the flow of buses and to add on-street parking.

She said the project also could spark future development. She envisions a high-rise building in the parking lot of the Gateway Building that would have retail space on the first floor and housing above.

Alexander recommends coming up with plans ahead of construction, what she calls being shovel-ready, which will encourage the state to add funding.

“Salisbury has been good about planning for the future,” Alexander said.

As the Kannapolis station is expanded, Dayvault said, he wants to see the old train station, at 232 N. Main St., be turned into an event space for weddings and a farmers market.

“A lot of people are upset and don’t understand why it’s in poor condition,” he said. “I think of it as something to be renovated and bring back.”

A day at Food Lion headquarters: Kids see what…