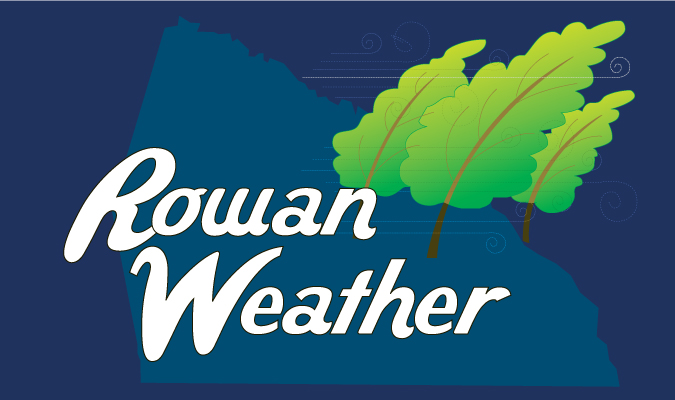 While we may avoid severe thunderstorms today, watch out for the wind. Winds will start to build this morning from the south southwest, starting out at 9-14 mph then shifting to the west this afternoon at 15-29 mph. Gusts of 30-40 mph are possible.

We have a 70 percent chance of showers and thunderstorms before 11 a.m., then showers are more likely, until another round of rain after 3 p.m., which may include more storms. It will not be a steady rain. A tenth to quarter inch of rain is expected, with higher amounts in thunderstorms.

We’ll start out cloudy, then become mostly sunny, with a high of 71. The chance of severe weather is mostly to our east.

Saturday night will see more clouds, with a low of 54 and south southwest wind around 6 mph.

Sunday will be mostly sunny and 79, but with a little more wind. Southwest wind will be at 7-13 mph, with gusts up to 18 mph. Sunday night will be partly cloudy and 52.

Monday will be mostly sunny and 74. It will be a partly cloudy night with a low of 57.

The high Tuesday will be 84, with mostly sunny skies. The low will be 61, with partly cloudy skies.

Wednesday will be mostly sunny and 81. A 30 percent chance of showers and thunderstorms is possible Wednesday night, with a low of 62.

Thursday will also have a 30 percent chance of showers and storms. it will be partly sunny and 83.