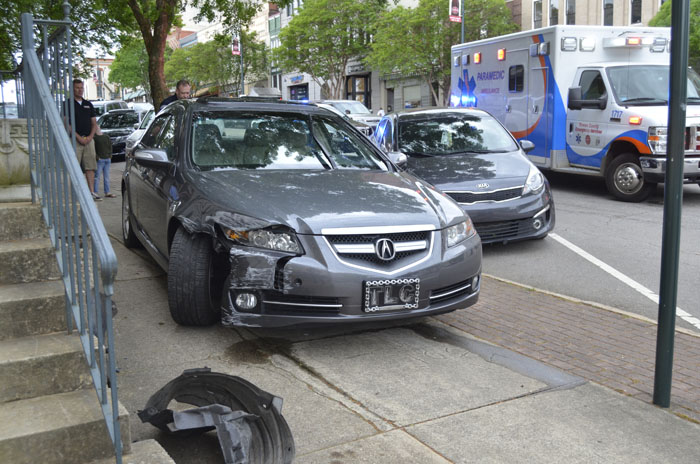 A woman suffering a leg cramp hit the gas pedal instead of the brake, crashing into the steps of a downtown law office Friday afternoon. Shavonne Walker/Salisbury Post

SALISBURY — A driver suffering a leg cramp pressed on the gas pedal instead of the brake in a single-vehicle crash downtown Friday afternoon, according to police.

The gray Acura struck a set of steps in front of the Kluttz, Reamer, Hayes, Adkins & Carter law firm at 129 N. Main St. The vehicle had damage to the front bumper.

No charges were filed.

The woman driver and a child passenger were not injured. Both were checked out by a Rowan EMS crew.

The Salisbury Fire Department also responded to the accident.