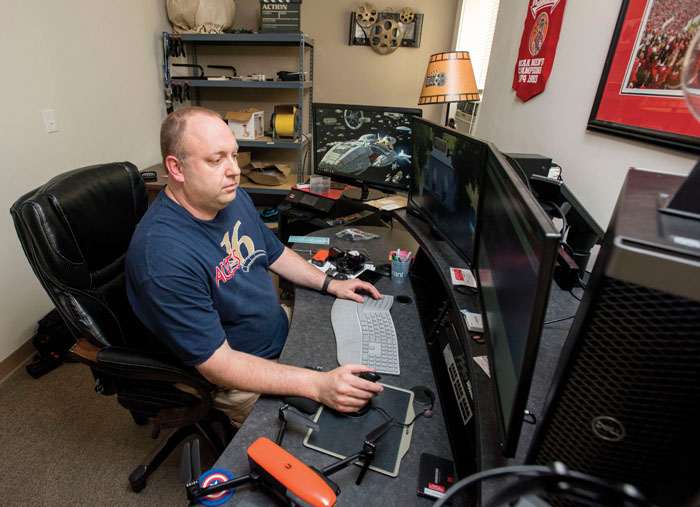 SALISBURY — Every day is different for the city of Salisbury’s communications team. One day, staffers can be getting a quote from Mayor Al Heggins, pushing social media campaigns, updating the Downtown Salisbury Inc. website and editing video for Access 16.

Linda McElroy, the communications director, said the Salisbury NOW award came by surprise. She was expecting Buncombe or Cabarrus County to take home the top prize for its municipal TV show.

“When they announced Salisbury NOW, I may have gotten teary-eyed and I ran up and accepted the award and came back, and we won the second award,” McElroy said. “And then I started tearing up.”

McElroy said she is proud of the team and it is a great feeling to be acknowledged.

Fern Blair, the web and marketing services coordinator, said with McElroy’s guidance, the team has gotten that acknowledgement on the state level.

“When Linda came on, one of her goals for the whole department was, ‘Hey, this is great work; we need to get acknowledgement for it,’” Blair said.

Kaisha Brown, a communications specialist, just celebrated a year with the city. She recalls last year looking at the awards the team won and being excited to join the city. The awards, she says, are recognition that the four-person team plays to its strengths and also is willing to help each other complete a project.

“It definitely showcases (that) each and every person in this room deserves to be acknowledged for what do — not only individually but as a team,” Brown said.

Jason Parks, the TV station manager and video services coordinator, said in his 15 years, the department continues to evolve. He was first hired as a webmaster, then in 2005 he was asked to kick off Access 16. He said the four staffers work well with each other.

“Our titles are just kind of titles, because we do so much stuff,” Parks said.

McElroy said often, she’ll share an idea with her staff, but team members have already started the project and are on the way to execution.

“We need to be communicating with our residents — good and bad — and to have a department who is in the know, who knows what the message should be, who can work through a crisis situation and work through that messaging,” McElroy said.

Blair said the office has to know how to communicate by various means to get a message across.

Brown said the team is able to take feedback from residents and highlight the work of city employees.

Parks grew up in Rowan County and enjoys being able to showcase the greatness of Salisbury through his work.

Blair formerly worked in private industry. She likes being able to help other people shine.

“All the people I’ve met and all the other employees that I’ve talked to, everyone is really passionate in the city about helping people,” Blair said. “I like that at the end of the day I didn’t sell people things just to sell it.”