PPT youth to present ‘Junie B Jones Is Not A Crook’ 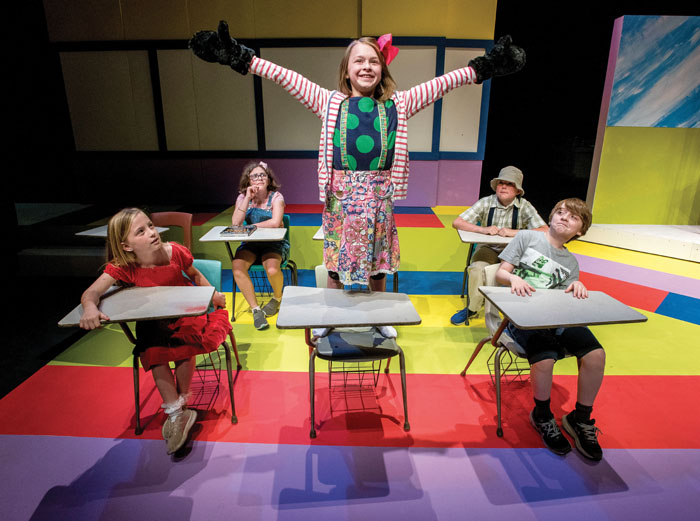 Junie B. Jones is back on the stage of the Norvell Theater and she us trying as hard as she can to remain calm.

The reason: a new kid has showed up on the playground named Handsome Warren (Jackson Walters) and he thinks Junie B. (Cara Hayes) is a Nutball.

In kindergarten, boyfriends chase girlfriends around the playground. Grace is fast and Junie B. thinks she is faster than Lucille.

Besides the arrival of Warren on the playground, Junie B. loses her new black mittens given to her by Grandpa Frank Miller (Thomas Gushlaw). She thinks they were stolen and her teacher, called simply Mrs., (Sari Lewin) takes her to the principal’s office (Grace McCoy) to check the lost and found box, carefully guarded by the Grouchy Typing Lady (Beth Anderson). Things spiral out of control for Junie B. until she is arrested and thrown in jail…

But is she a crook?

Producers for this production are Owen and Elizabeth Norvell.