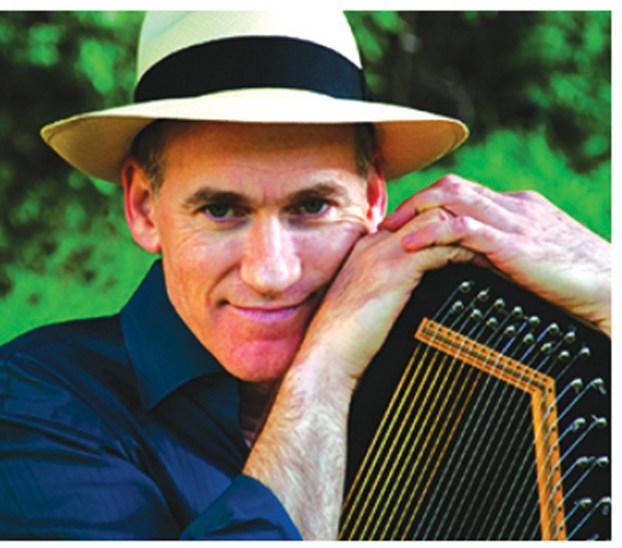 SALISBURY – Adam Miller will return as part of the Friends of Rowan Public Library Concert Series on Tuesday, April 30, at 7 p.m. The event is free and will be held in Stanback Auditorium at Rowan Public Library Headquarters, 201 W. Fisher St. Doors open at 6:30 p.m., and all ages are welcome.

An autoharpist, Miller is a recognized American folksinger and storyteller. George Winston, nationally known pianist of jazz, blues and folk, describes Miller as “one of the great autoharpists and folksingers of our times.”

Praised by well-known folk singer and activist Pete Seeger for his “wonderful storytelling,” Miller has distinguished himself as an interpreter of American folksongs and folktales, and as a performer who appeals to audiences of all ages.

Miller began his lifelong pursuit of collecting old songs while still in grade school. Armed with an audiographic memory and an uncommonly good ear for melody, his childhood ambition was to learn every song he heard. An accomplished folklorist, historian, song collector and musicologist, he has now amassed a  repertoire of over 5,000 songs.

In a contemporary musical landscape peopled with singer-songwriters and their often short-lived offerings, Miller takes a different approach with traditional folksongs and ballads, interweaving the stories behind them into his performance.

Miller travels 70,000 miles a year and performs over 200 concerts annually, from the Everglades to the Arctic Circle. Over one million American K-12 students have attended his Singing Through History! school assembly programs. He has performed in more than 2,000 American public libraries in 48 states.

For more information about the Friends of RPL’s Free Concert Series, contact Gretchen Witt at Gretchen.Witt@rowancountync.gov or 704-216-8232.

May 2-5 KANNAPOLIS — Jiggy with the Piggy 2019 returns May 2-5 in downtown Kannapolis. The festival has been named... read more