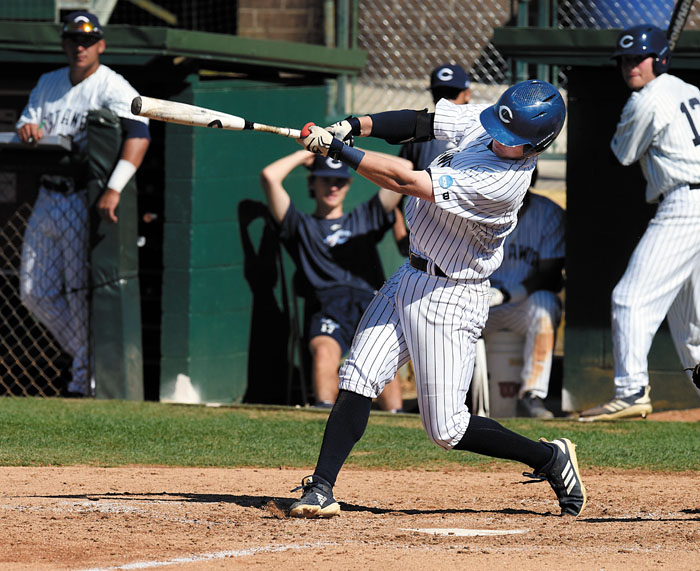 SALISBURY  — Catawba baseball tied for third place in the South Atlantic Conference race — its lowest regular-season finish since 2007 — but there’s nothing wrong with the Indians.

The top of the SAC was just really stout this season. Catawba has actually been quite a bit better than it was in 2018.

“We didn’t win the conference regular season, but I feel good about the season we’ve had,” said head coach Jim Gantt, who logged his 800th victory during the campaign. “We’ve played one heck of a schedule. We’ve won a lot of games.”

Tuesday’s initial regional poll confirmed Gantt’s optimism. Catawba (38-12) is ranked fourth in the Southeast Region, heading into the double-elimination SAC Tournament that gets under way today in Kodak, Tenn. Six teams will make the regional field.

Catawba had considerably more success in non-conference games this season, especially on an early-season junket to Florida. While Catawba won 19 SAC games and took the league’s regular-season title a year ago, the Indians were just 11-16 in games outside the league. This season, Catawba is a terrific 21-5 in non-league contests.

“You want to make the regional because you have to make the regional to have a chance to win it all,” Gantt said. “Last year, when we didn’t win the conference tournament, when we didn’t get that automatic bid to the regional, we weren’t even in the hunt to be chosen as an at-large team. This time, we’re in much better position. The guys did a great job to win a lot of mid-week, non-conference games against good teams. If we don’t win the tournament, we’re still in the hunt  for the regional. It’s night and day from last year.”

Gantt hopes the Indians can win the SAC tournament as the No. 3 seed, but that will be a tall order.

League champion Newberry is a national power and is ranked second in the region. SAC runner-up and defending tournament champ Lincoln Memorial is ranked sixth in the region. Wingate is ranked seventh in the region. Then there’s Tusculum, unranked in the region, but boasting one of the top pitchers in Division II in Charles Hall.  The SAC Pitcher of the Year has struck out 137 batters. The right-hander fanned a D-II record 22 hitters against Queens.

Catawba is certain to see Hall right away. The Indians’ first game in the tournament is against fourth-seeded Tusculum at 7:30 p.m. on Friday.

“At least, we know who we’re going to face,” Gantt said.

Catawba’s recent conference champions have been offensive-minded, but the Indians have flourished this season because of their arms. Catawba has allowed the fewest runs of any team in the SAC and Catawba hurlers have issued the fewest walks. Catawba is allowing two runs per game less than last year.

“Bryan Ketchie has given us a really good season, and Riley Myers has had a great year pitching in a lot of different roles, anything from starter to closer,” Gantt said. “Greg Brown has really come on, and Peyton Williams has been good at the end of games. We’ll mix and match in the tournament depending on the opponent. We’ll probably use a lot of pitchers.”

The tournament will be played in a far more spacious ballpark than Newman Park where center field is only 360 feet away. That will give Catawba’s hurlers a chance to be even more effective.

Catawba missed several key players — Bryce Butler, Joe Butts and Poteat — for stretches during the season, but everyone is healthy now.

Butler has recovered from a broken leg and possesses game-changing speed.

“We haven’t had a guy who can run like he can run in a while,” Gantt said.

Hunter Shepherd, usually Catawba’s first baseman, was left off the All-SAC squad, despite being second in the league in homers with 12, fourth in RBIs with 48 and sixth in runs scored with 50.

“He’s struggled a little bit on the mound lately, but he’s done a great job of getting on base all year,” Gantt said.

DH Heath Mitchem has enjoyed a terrific senior season and paces the team with an on-base percentage of .472. Raper is second in the league in hits (73) and doubles (20), while batting .363.

Henderson Lentz was expected to be a part-time outfielder when the season began, but injuries pushed him into the starting lineup and he’s come through with a .299 batting average, 33 runs scored and 22 RBIs.

“We threw him to the wolves, but he responded,” Gantt said.

Catawba’s offense hasn’t been overwhelming, but it has been productive. The Indians rank third in the league in runs scored.

“But the big difference for us has been the team ERA, the improved pitching,” Gantt said. “A lot of that is due to (starting catcher) Cameron Morrison. His stats aren’t huge, but he’s a big reason why a lot of our pitchers have the stats that they do. He’s done a great job handling the pitching staff.”