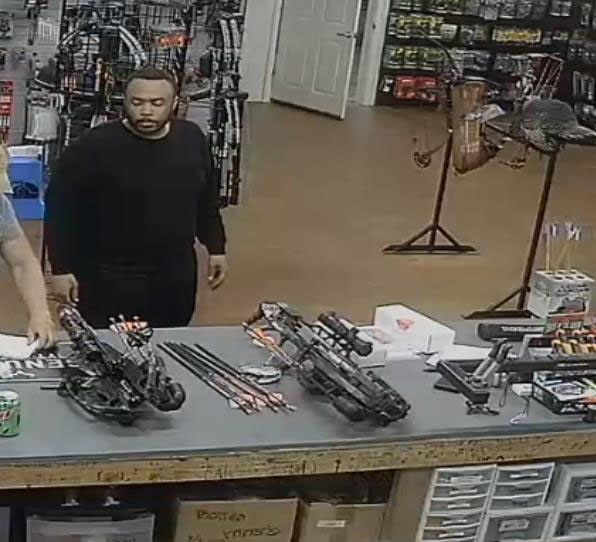 SALISBURY — The Rowan County Sheriff’s Office is investigating an incident in which a man bought two crossbows from a local business through fraudulent means.

On April 19, officials said, a man completed the fraudulent transaction at Grafton Archery & Outdoors, located at 1700 N. Main St. in China Grove. The transaction was for Ravin R-26 and Ravin R-29 crossbows.

• A man reported on Monday someone stole his television from the 100 block of Grace Church Road.

• A woman reported an assault Monday in the 3600 block of Old Mocksville Road.

• Kenneth Thomas Carroll, 45, was charged Monday with misdemeanor assault on a female at the Rowan County Courthouse.

• Branson Jimmy Cockrell, 21, was charged Monday with misdemeanor assault on a female in the 3600 block of Old Mocksville Road.

• A man reported Tuesday that he was shot in the 500 block of Holmes Street. He was under hospital care, and police said he was uncooperative.

• A woman reported Tuesday that someone stole a license plate from her vehicle while it was parked in the 500 block of Maupin Avenue.

• A woman reported an assault Wednesday in the 1200 block of North Main Street.

• A man reported Wednesday he was robbed outside his home in the 500 block of East Fisher Street.

• Patrick Michael McGlothlin, 33, was charged Sunday with felony possession of a controlled substance Schedule III in the 200 block of North Long Street.

Rockwell man charged with stabbing son after fight over…