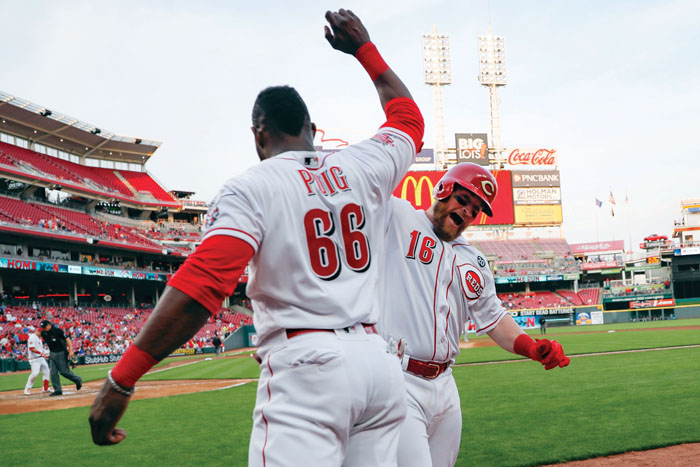 BOSTON (AP) — Chris Sale remained winless after five starts but struck out a season-high 10 in five innings as the Detroit Tigers beat the Boston Red Sox 7-4 Tuesday to start their first doubleheader sweep at Fenway Park since August 1965.

Spencer Turnbull (1-2) pitched five shutout innings for his first major league win, leading the Tigers to a 4-2 victory in the nightcap that left the World Series champions at 9-15.

Brandon Dixon greeted Marcus Walden with a three-run double after the Tigers loaded the bases against Hector Velázquez (0-2), and the Red Sox were swept in a twin-bill for the first time since the Los Angeles Angels accomplished the feat on July 20, 2015.

Sale gave up two runs, five hits and two walks, lowering his ERA from 8.50 to 7.43. The 30-year-old, who signed a $160 million, six-year contract late in spring training, had never gone his first five starts in a big league season without a victory.

In the first game, Matthew Boyd (2-1) combined with three relievers on a five-hitter against Boston, starting a 10-game homestand after a three-game sweep at Tampa Bay. Josh Harrison hit a tiebreaking, two-run double in the eighth off Colten Brewer (0-2) and scored two pitches later on a single by Grayson Greiner.

In the second game, Shane Greene struck out two in a one-hit ninth for his 11th save in as many tries. The opener was Detroit’s first win that Greene did not save.

Homer Bailey (2-2) failed in his attempt to win three straight starts for the first time in five years, getting taken out after Tampa Bay’s first four batters reached in the second inning.

AL East-leading Tampa Bay clinched its seventh series win in eight series and extended its winning streak against the Royals to 10 games. Kansas City is an AL-worst 7-17.

The only spirit the Phillies showed came with two outs in the ninth when two fastballs by Mets reliever Jacob Rhame sailed over Rhys Hoskins’ head. The benches started to clear after the first time, and Hoskins angrily slung his bat after the next one, which was ball four.

A career .129 hitter, Wheeler (2-2) lined a two-run double in the second off Zach Eflin (2-3). The next time up, Wheeler did even better, launching a drive over the wall in left-center.

Milwaukee had three solo homers, two by Travis Shaw and another by Orlando Arcia.

DeJong took reliever Alex Wilson (1-1) deep to make it 3-2. Molina hit his second double with one out, scoring Jose Martinez, who had walked to go with two singles. Molina stole third but was stranded there. It was his first stolen base this season and the 17th time he’s stolen third in his career.

Willson Contreras hit a three-run double in Chicago’s four-run first, and Anthony Rizzo added a two-run drive in the second. Javier Báez juked around first baseman David Freese for a memorable infield single in the second and had a solo homer in the seventh.

It was more than enough support for Quintana (3-1), who turned in another gem in the Cubs’ sixth win in seven games. The veteran left-hander allowed two runs and four hits while improving to 3-0 with a sparkling 0.86 ERA since he was hit hard in a loss at Milwaukee on April 5.

The game was tied in the seventh when Trevor Hildenberger (2-1) allowed a single to Tyler White before issuing consecutive walks to Altuve and George Springer to load the bases with one out. Bregman’s sacrifice fly to right field put Houston up 5-4 and chased Hildenberger.

López (2-3) stopped a three-start losing streak. The right-hander, who had not gone more than 5 1/3 innings, held the Indians without a hit until the sixth and was not charged with an earned run in 6 1/3 innings.

Miami closer Sergio Romo worked the ninth for his third save, completing a three-hitter as the Marlins improved to 2-5 on the road.

CINCINNATI (AP) — Yasiel Puig hit a two-run homer in the first inning off the facade of the second deck in left-center field, and Cincinnati wasted an early lead and then rallied to beat Atlanta.

José Peraza had his first RBIs since homering on opening day, and Tucker Barnhart homered for the Reds, who have won four of five following a four-game losing streak. Cincinnati led 3-0 in the fifth inning, fell behind 4-3 in the sixth, then scored four runs in the bottom half.

Peraza hit a two-run double off Kevin Gausman (1-2) for a 5-4 lead, Jessie Biddle forced in a run with a bases-loaded walk to pinch-hitter Phillip Ervin and Puig hit a sacrifice fly against Wes Parsons.

PITTSBURGH (AP) — Jarrod Dyson dived around catcher Francisco Cervelli but was only credited with the go-ahead run in the sixth inning after a replay review.

Luke Weaver (2-1) struck out seven over 6 1/3 innings and won his second straight start. Andrew Chafin and Archie Bradley got the ball to Greg Holland, who worked around a walk and a wild pitch to earn his fifth save.

Renanto Núñez, Chris Davis and Joey Rickard also connected for the Orioles, who improved their home record to 2-10 before a cozy, appreciative crowd of 8,953.

TORONTO (AP) — Pablo Sandoval went 3 for 4 and homered for the first time this year, one of a season-high four home runs for San Francisco.

Joe Panik, Evan Longoria and Brandon Belt also homered for the Giants, who came in 29th in the majors in batting and ahead of just one team in home runs. Rowdy Tellez hit an eighth-inning grand slam for the Blue Jays, whose four-game winning streak was snapped.