Couples’ investment in 1980s pays off with Chewy announcement 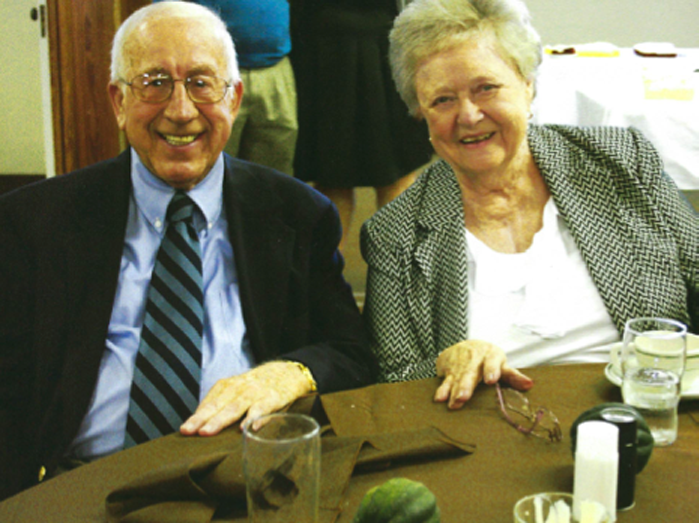 Jim and Hazel Epting, along with Jerry and Linda Trevey, invested in land in the 1980s that was sold this month and will be the site of the 1,200-employee distribution center for Chewy's pet products retailer. The tract is off Interstate 85 on Long Ferry Road. Susan Shinn Turner/file photo

In the mid-1980s, two real estate agents approached their husbands about buying a tract of land they felt would be an excellent investment for future development.

The vision of the late Hazel Epting and her business partner, the late Linda Trevey, came to fruition last week when their families closed on the sale of the Trevey Site, the new home of a 700,000-square-foot facility for the Chewy pet products retailer fulfillment center.

The Chewy project was announced Wednesday with a promise to eventually bring 1,200 jobs and a $55 million investment to the county off Interstate 85 at Long Ferry Road.

At the time the partners bought the property, Jerry Trevey was the regional manager for a corrugated container plant in Salisbury. The late Jim Epting was regional industrial development representative for the N.C. Department of Commerce.

“Hazel and Linda were forward-thinking enough to know it would be a prime property for development down the road,” said Trevey, who now divides his time between Virginia and Florida. “We invested in it like we would the stock market.”

Over dinner one night, the couples decided, “Let’s do it!” and purchased about 100 acres.

“We just sat on it,” Trevey said. “We didn’t put it on the market until Vernon came along.”

That would be Vernon Powell, who married the Eptings’ daughter, Andrea, in 2002. Powell is a real estate broker for commercial and industrial clients through his company, Sabre Capital of Greensboro, where he and his wife live.

“Hazel mentioned to me that she wanted to sell some of her family’s farmland,” Powell remembered. “In a pure stroke of luck, I called a buddy of mine in Wilmington, and he immediately bought Hazel’s part of the farm. Hazel was so impressed that she and Linda asked if I’d sell the Trevey property.”

He warned his mother-in-law, however, that such an undertaking could take years. About 2008, Duke Energy Corp., in partnership with the Rowan County Economic Development Commission and other companies, did studies, environmental tests, and site readiness work. The property was certified for use by the Duke Energy Site Readiness Program.

A study was completed to bring sewer service to the site, and the engineering has been done to run the lines under Interstate 85. That sewer extension should now happen quickly.

After the initial work, a handful of potential buyers visited the site over the next seven years. But a year and a half ago, NorthPoint Development of Kansas City, Missouri, contacted Powell and said a client wanted to put the tract under contract. NorthPoint requested a due-diligence period of six months.

“We didn’t know a lot about the client early on,” Powell said.

The buyer asked for one extension, then two more, releasing earnest money after the second and third requests. Powell was especially eager to bring the client to North Carolina after learning that South Carolina was the other finalist for the project. At that point, he called Chris Chung, CEO of the Economic Development Partnership of North Carolina.

“We have lost too many companies to South Carolina,” Powell told Chung. “We cannot let this fall through our hands. For Rowan County, this is big.”

So big, in fact, that it’s the largest single job announcement in county history, according to Rowan EDC.

About a month ago, Trevey and the Epting family got word the deal was a go. The families signed the paperwork April 11.

“My family and I are truly excited about the importance of this project for Rowan County and its impact in terms of jobs and growth for the area,” Andrea Powell said. “For us, having this project come to fruition is a great legacy to our family. ”

That legacy began with her grandfather, Hoy Lee Fisher, a civil engineer with Alcoa who acquired land not only for his company but also for himself, Powell said. It continued with her father, Jim Epting, an industrial developer for the state for 25 years, and her uncle, the late Sonny Epting, who headed the Salisbury Chamber of Commerce for years.

“Finally, it culminated with my mother, Hazel Fisher Epting, and her business partner, Linda Trevey, who formed a real estate business together and had the foresight to make this investment in Rowan County,” Powell said.

It was unusual for women to be involved in commercial and industrial real estate in Rowan County in the 1980s, Powell said.

“Mom and Dad would just be thrilled and pleased with what is happening,” he said. “Wherever they are, I know they are jitterbugging right now.”

Trevey said his wife, who died in 2016, knew there had been interest in the site by many potential buyers. Hazel Epting died in 2015.

“The only regret I have is that she and Hazel didn’t see it come to fruition,” he said.