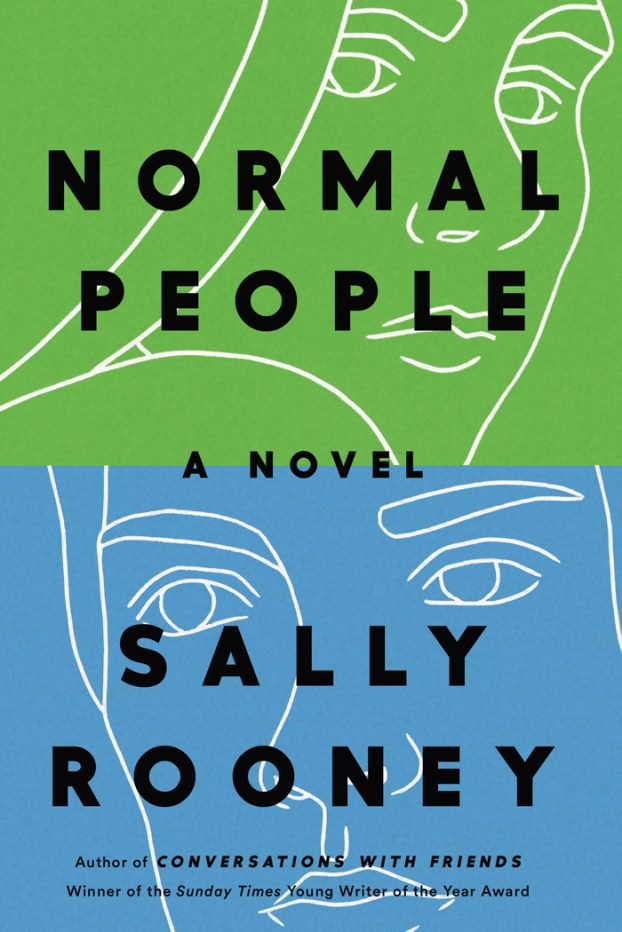 At 28, Rooney is the voice of her generation

When an author garners as much press as Sally Rooney, approaching their work with a touch of apprehension is understandable — normal, even.

Articles are quick to hail the 28-year-old author as the leading voice of her generation. Rooney’s sophomore novel was longlisted for the 2018 Booker Prize, and she is translating the story into a television series.

But “Normal People,” like “Conversations with Friends” before it, is just as absorbing as the buzz would lead you to believe.

Enter Marianne and Connell, an unlikely pair slipping in and out of friendship and romance as they make the transition from their final year of high school in quaint Carricklea to Dublin’s Trinity College.

In Carricklea, Connell enjoys peak popularity as a top soccer player, while Marianne (noted with disdain for her bare face and ugly, flat shoes) is a social pariah known for committing the crime of taking off her blouse in the girl’s bathroom to wash out a stain.

They meet on more intimate terms in Marianne’s kitchen where Connell’s mother, Lorraine, works as a cleaning woman and spend their afternoons quietly having sex upstairs in Marianne’s bedroom.

Outside that large, chilly house, they pretend they aren’t even on nodding terms. Yet once at Trinity, it’s Marianne who has the upper hand and Connell cast as the outsider. Whether in Dublin or Carricklea, intimacy and power prove inseparable, and Rooney makes the most of this seemingly contradictory link.

There are already a number of campus novels out on bookshelves, and in some ways, Rooney’s choice to anchor the plot so firmly to the rhythms of university life gives “Normal People” a sense of containment that feels incredibly safe in contrast with “Conversations With Friends,” in which the connection to university only seemed to serve as plausible cover for her characters’ vast amounts of free time.

Yet by adopting a collegiate setting, Rooney reveals the ways in which we allow pre-established ways of thinking to guide and limit our growth into adulthood.

Arriving in Dublin, Connell quickly discovers that Trinity’s social hierarchy is drawn along different lines. He notes the way his “classmates have identical accents and carry the same size MacBook under their arms.”

Despite the tendency of his peers to launch into passionate and impromptu debates, “he did gradually start to wonder why all their classroom discussions were so abstract and lacking in textual detail, and eventually he realized that most people were not actually doing the reading. They were coming into college every day to have heated debates about books they had not read.”

Entitlement, confidence and financial security propel the social machinery, and despite doing the intellectual work, Connell is greeted with amused condescension when he admits to coming from the west of Ireland, and only gains a tentative social acceptance through his connection to Marianne.

Secondary characters enter and fade out of the action without much fanfare, with Marianne and Connell’s interiority taking precedence over an inchoate plot peppered with the schoolyard drama of committees and petty social politics.

The narrative arc can be distilled into a will-they-won’t-they dynamic between the two, and Rooney makes much of the nonchalant ways we are cruel toward one another. However, “Normal People” also reveals how wealth and class lines permeate character.

For Marianne, who spent her senior lunches reading Proust in the cafeteria, it’s a given that she will attend Trinity. She belongs to a world in which people’s actions are primarily directed by their desires, and university scholarships are a matter of pride rather than necessity.

But for Connell, who never knew his father and is supported by a single working mother, the prospect of Dublin represents a different kind of life entirely: “He would start going to dinner parties and having conversations about the Greek bailout. He could [sleep with] some weird-looking girls who turn out to be bisexual. I’ve read ‘The Golden Notebook’, he could tell them.” In this sense, it’s fitting that “Normal People” opens with an epigraph from George Eliot’s “Daniel Deronda,” drawing on a connection to the 19th-century social commentary that also examined the depth of these dividing lines.

But Rooney’s main appeal lies in her apt observations on young love. Even as technological advances have made it easier to communicate, so much remains unspoken.

Misunderstandings that could be easily cleared up with a straightforward conversation are rendered into emotional stalemates — and major events on which the plot hinges.

Maintaining a close third person point of view, Rooney shifts between Connell and Marianne, offering readers agonizing windows into the things they keep from one another.

Rooney’s ability to dive deep into the minute details of her characters’ emotional lives while maintaining the cool detached exterior of the Instagram age reflects our current preoccupation with appearance over vulnerability. Here, youth, love and cowardice are unavoidably intertwined, distilled into a novel that demands to be read compulsively, in one sitting.

Sarazen is a freelance writer based in Paris.