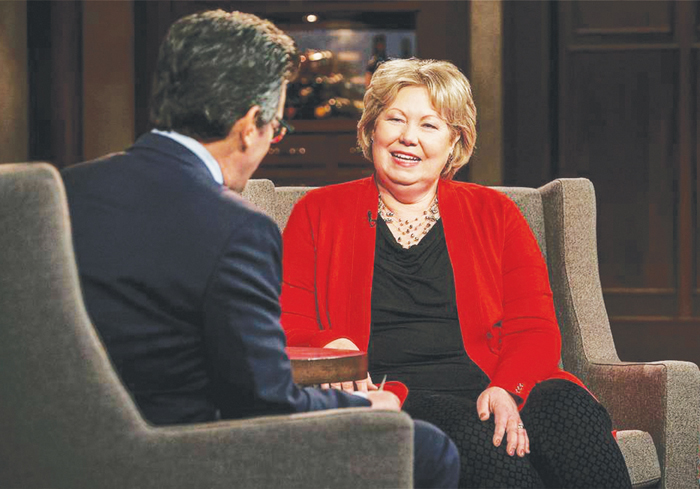 Photo submitted - Salisbury resident Michelle Rhodes introduces film "Random Harvest" during the filming of a show to be broadcast on Turner Classic Movies.

SALISBURY – TV network Turner Classic Movies is celebrating its fans, and Salisbury resident Michelle Rhodes is one of them.

Rhodes will get the chance to introduce her favorite classic film on air to TCM’s audience.

In honor of TCM’s 25th anniversary, the network held a contest to celebrate its 25 biggest fans. To win the contest, participants were asked to choose their favorite classic movie and dedicate it to their favorite person. Michelle thought of her husband, Ben Rhodes, and the 1942 film “Random Harvest.”

Picking a single film for the contest was not easy, Michelle said. But when TCM said to dedicate the film to someone special, the choice was clear.

“It was instant love,” Michelle said in her contest entry.

Michelle, at age 13, and Ben, at age 14, originally met in Florida. They were, in almost every way, typical high school sweethearts, she said.

However, at 16, Ben moved across the country to Idaho.

“Through a series of unfortunate events … we actually lost touch with each other,” Michelle recalled. “We both raised families, and we never forgot each other.”

The film has a special significance to their lives, Michelle said. It is a film she can relate to despite its age, she said in an email to the Post.

“Random Harvest” is “a story of a deep love, tragically lost,” Michelle said. The two main characters are Paula, played by Greer Garson, and “Smithy,” played by Ronald Colman. Smithy and Paula had a happy marriage before the war, but Smithy forgets his life before the war because of shell shock and amnesia.

With time, the two fall in love all again. However, Smithy is still unable to recall his former life. As the movie closes, the two recognize each other outside their former cottage.

Similar to how Smithy lost his memory of Paula in “Random Harvest,” Michelle said she and Ben lost contact after Ben’s move across the country. In the days before the internet, Michelle said, it was much harder to keep in contact. 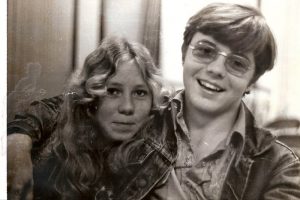 Thirty years later, the two were divorced and began looking for each other. With the help of the internet, they were successful, Michelle said.

As Michelle remembered the couple’s “Hollywood moment” — meeting at the airport for the first time in 30 years — it was like no time had passed at all.

They married in 2009 and live together in Salisbury.

Michelle says she has always been a major movie fan.

“My husband and I eat, drink and sleep classic movies,” Michelle said. “In fact, TCM is why we have cable.”

The classics are special productions, she said. Plots are better written, and the characters are more well-rounded, she said.

Asked to describe her experience flying to Atlanta for the TCM contest, Michelle said her heart fluttered from excitement. It was “first-class all the way,” she said.