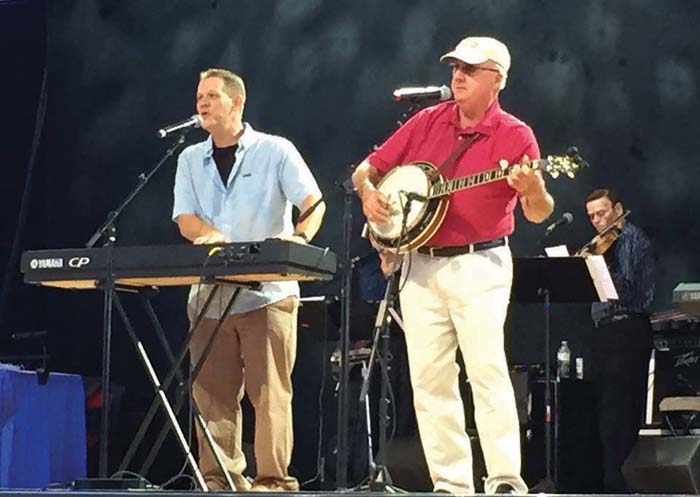 “Matthew Weaver & Friends” in concert with the Salisbury Symphony, a celebration of the music of the Appalachian Mountains

Saturday, May 4 at 7:30 p.m. at Keppel Auditorium in Salisbury

Find Tickets and information at www.salisburysymphony.org

Salisbury Symphony fans will have two opportunities to see the debut of one of the area’s most beloved authentic performers of Appalachian Mountain music in concert with the Symphony coming up near the end of this month and the first week of May. It’s called “Matthew Weaver & Friends,” and it promises a wealth of twists, turns and surprises!

The first half of the concert will begin with a piece composed by one of America’s foremost composers, Aaron Copland’s Appalachian Spring Suite, a grand orchestral suite which has achieved widespread and enduring popularity since its debut in 1945. The open, slowly changing harmonies in much of Copland’s music are typical of what many people consider to be the sound of great American music, evoking vast American landscapes and pioneer spirit, and this piece is no exception.

The second selection, a collection of traditional choral favorites called “Sing Along with Shaw,” will be performed with the Salisbury Symphony Chorale. This medley of tunes includes excerpts from five favorites including “Bicycle Built for Two,” “Poor Wayfaring Stranger” and “Oh Shenandoah.” David Hagy reveals that he had to reach back into his early directing years at the Indianapolis Public Schools to find the music for this performance; the orchestrations for these pieces had been misplaced over the years, so Salisbury’s own John Stafford, director of music ministries at First Presbyterian Church, was commissioned to complete faithful arrangements using old recordings, and he has done a masterful job.

Closing the first half of the concert will be the lively crowd-pleaser “Pops” Hoe-Down by Richard Hayman, an American musician who was the chief music arranger of the Boston Pops Orchestra for more than 50 years and served as a pops conductor for orchestras including the Detroit Symphony Orchestra, the St. Louis Symphony and the Grand Rapids Symphony in Grand Rapids, Michigan.

The second half of the performance will feature our guest artists, musicians Matthew Weaver and Clay Lunsford, along with dancers John Turner and Asa Nelson. The group will perform a playlist of traditional Appalachian music, some of which you might be familiar with (“Keep on the Sunny Side,” “I’ll Fly Away” and “Rocky Top”) and others you may have never heard before. The Salisbury Symphony will accompany these old traditional songs with new orchestrations by John Stafford.

If you have never seen Matthew Weaver perform before, you’re in for a surprising treat. A native of the Pennsylvania Pocono Mountains, Matthew began playing the piano at the age of 3, and by the age of 13 had mastered 19 different instruments. The eight time consecutive winner of Pianist-Instrumentalist of the Year for the North Carolina State Folk Festival (2011-2019), he has appeared on stages from The Grand Ole Opry, Dollywood, bluegrass and mountain music festivals, and numerous churches, as well as locally at the Lee Street theatre, Piedmont Players Theatre and other events. He has been an instructor for the JAM (Junior Appalachian Musician) Program in Boone, an after-school program for kids ages 5- 18 that introduces music through small group instruction on instruments common to the Appalachian region, such as fiddle, banjo and guitar, dance autoharp and more. Matthew majored in Appalachian Studies and Appalachian Music at Appalachian State University, and continues to serve the communities of the Southern Appalachian Regions through humanitarian efforts as well as teaching about the history, performance and the preservation of Appalachian Mountain music.

Accompanying Matthew will be award-winning thumbpicker guitarist Clay Lunsford, a multi-talented instrumentalist and vocalist from Union Grove. Clay has performed more than 10,000 shows over a 50-year career throughout the southeast, entertaining thousands of people with his unique style of thumb picking, and performing bluegrass, gospel, western swing, gypsy jazz, and old-time Appalachian Mountain Music. Lunsford is the founder of the North Carolina Thumb and Finger Style Guitar Players Association, and a proponent of the North Carolina tradition of thumb and finger pick style of playing a guitar, bringing to life everything from mountain tunes to jazz to Americana fare. 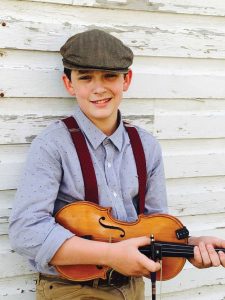 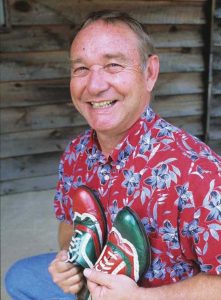 Audiences will be in for a special extra treat at these performances: along with a few of the songs performed, Matthew has invited dancers John Turner and 13-year-old Asa Nelson to perform in the style of “flatfoot” dancing, also known as “backstepping,” a traditional form of dancing similar to clogging. Matthew Weaver was actually Asa’s first fiddle teacher in the JAM program in Boone. Turner and Nelson have each won numerous awards for their performances at Fiddlers’ Conventions and Flatfoot dancing competitions.
All in all, it will be a “lively time”! Don’t miss this special performance of Appalachian Mountain music with authentic mountain music performers!

‘Blood Done Sign My Name’ and LSt help to…