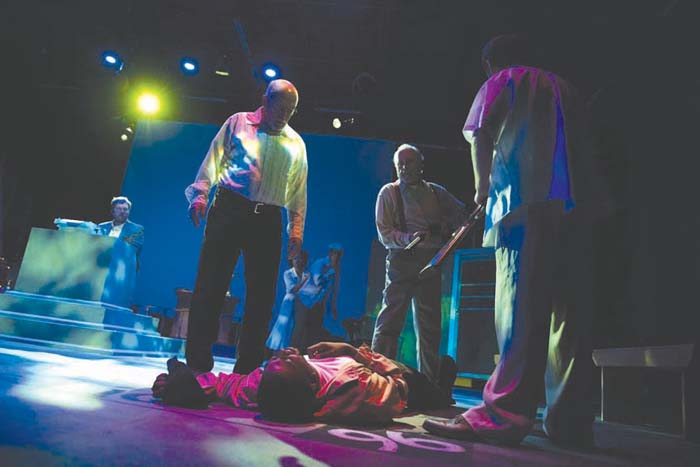 In “Blood Done Sign My Name” Wiley brings to life the recollections of author Tim Tyson surrounding the 1970 murder of Henry “Dickie” Marrow in Oxford, NC and the events that followed. Marrow, who was black, was chased from a local store by three white men after reportedly making a crude remark to one of the men’s wives.

They brutally beat Marrow then killed him with a bullet to the head in view of multiple witnesses. Despite the eyewitness reports, an all-white jury acquitted the men.

The town’s black community responded to the events with an uprising that destroyed downtown businesses and several tobacco warehouses holding at least a million dollars in harvested crops.

Tyson, who was 10 at the time, recounts how the conflagration of events shaped his life and offers all of us an opportunity to examine our own roles in the complex and often confusing racial fabric of America. 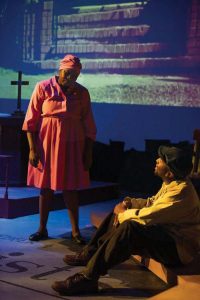 Mike and Craig’s personal relationship have helped to expand and create this work. Rod Oden, Lee Street technical director and newly appointed executive director, and Craig visited Oxford to do in-field research and to see the actual environment the story took place in.

Oden’s technical design of the show vastly changed after visiting Oxford and is reflected in this production. 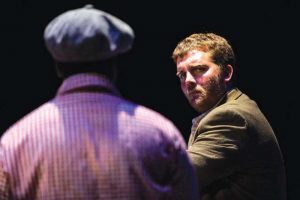 Lee Street will be holding an opening night talk-back with the audience, which will include playwright Wiley, Oxford oral historian and character in the production Eddie McCoy, production team, cast and crew.

“Blood” has been produced with the financial assistance for grants from the Rowan Arts Council and the NC Arts Council.