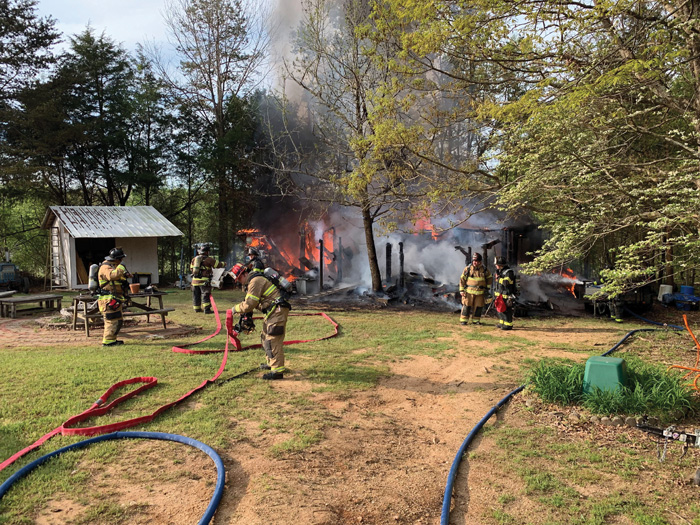 Multiple fire departments responded to an outbuilding fire in China Grove. The fire remains under investigation. No injuries were reported and the fire was contained to the outbuilding/shop. Photo submitted by Landis Fire Department

CHINA GROVE — A wood shop was destroyed by fire Wednesday morning following at a Harmony Lane property in China Grove. No one was injured.

A neighbor reported smelling smoke, and a call was made to 911 about 8:30 a.m. to report a structure fire at 245 Harmony Lane.

When firefighters arrived, an outbuilding was on fire.

The fire was contained to the shop. The siding on a nearby house had some damage because of the heat of the flames.

The cause of the fire is still under investigation, Horne said.

Firefighters also responded just before 9:45 p.m. Tuesday to a fire at Grant Street Apartment complex, 318 Grant St. Someone fell asleep while cooking, according to authorities.

The fire was contained to one apartment.