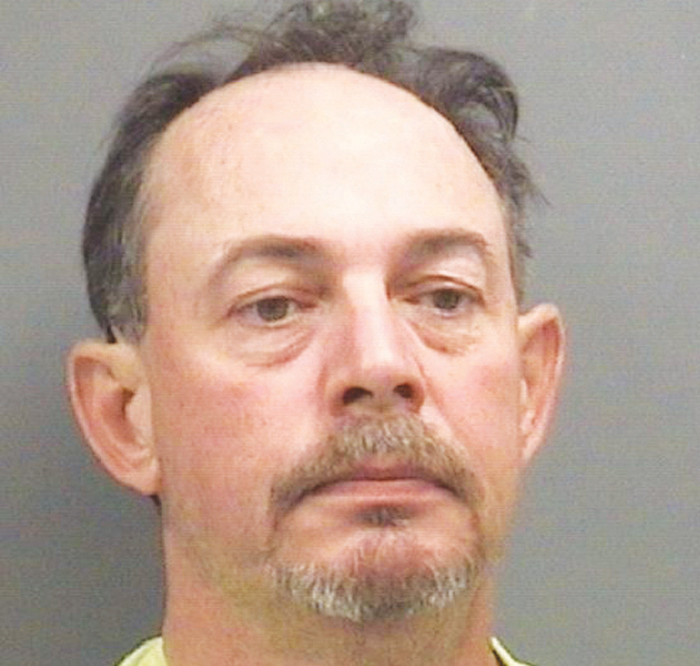 SALISBURY — Jurors on Tuesday found a Kannapolis man guilty in the murder of Sheila Godfrey, whose body was found face down on the kitchen floor at her Lyerly Pond Road home the afternoon of April 28, 2017.

Rowan County Sheriff’s Office investigators said Donald Lee Frye, 52, beat Godfrey with an unknown object and strangled her with an electrical cord that had been ripped from a wall.

Judge Lynn Gullett sentenced Frye to life in prison without the possibility of parole. Rowan County District Attorney Brandy Cook asked that the judge additionally sentence him on charges of robbery with a dangerous weapon and felony breaking and entering, of which he also was found guilty.

During her closing arguments Monday, Cook showed jurors the cord, which still contained some of Godfrey’s hair. Cook described what the medical examiner testified likely happened and said scratch marks on Godfrey’s neck probably meant she clawed at the cord as Frye tightened it around her neck.

During their deliberations Tuesday, jurors asked to see a picture of the cord after it was cut and photographed by the medical examiner during an autopsy. 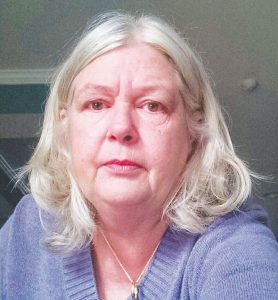 Cook said Frye killed 53-year-old Godfrey, who was a widow, to fuel his crack cocaine habit. He admitted to Rowan detectives before his arrest in early May that he had smoked crack every day since September.

Godfrey’s family said she had been preparing to move because her home was in foreclosure. She was a respiratory therapist before her health forced her to retire.

Two people who lived with Frye testified that he was in the area of Lyerly Pond Road the evening before Godfrey was last seen and that he had a lockbox with her paperwork inside.

Frye is believed to have killed Godfrey on April 27, 2017, then to have stolen her TV, DVD player, wallet, other items and her Chevrolet Blazer. He is said to have sold those belongings to his crack dealer in exchange for drugs.

He drove Godfrey’s vehicle to the Super Speedwash laundromat on Avalon Drive, where it ran out of gas. An acquaintance, Sarah Wetter, was driving Frye’s Honda to run errands. He contacted her to pick him up at the laundromat, then changed the location and told her to meet him at a nearby Shell gas station.

Godfrey’s daughter, Jessica Lind, spotted her mother’s vehicle at the laundromat on April 28, 2017. Lind, her husband and a family friend went to Godfrey’s home.

Detectives obtained surveillance video from the laundromat as well as the gas station and a number of places in the Concord and Richfield areas where Frye used Godfrey’s debit card.

Investigators said Frye bought gas and a pizza with the debit card. Officials released surveillance video stills showing Frye at these places using the debit card. At the time, investigators didn’t know who Frye was, but they soon received a tip from Braden Lawing. Lawing testified that he recognized Frye in the images.

Rowan detectives interviewed Frye and arrested him. When investigators searched his phone records, they discovered he had searched in Google about the death of Godfrey and viewed a news article multiple times detailing her death.

Godfrey’s family wrote a statement that Cook read in court Tuesday. The family said Godfrey spent 20 years of her life caring for others in the medical field. She was a mother, sister, wife and “Nana” who will be deeply missed, the statement said.

The family said that on Tuesday, Frye would leave the courtroom and they would never think of him again.

The statement said the family is grateful to be able to move on and get justice for Godfrey.

Jessica Lind said after the trial that she is appreciative to the Rowan County Sheriff’s Office for the work of its detectives and the District Attorney’s Office for its prosecution of the case.

Before sentencing, a short hearing was held during which Frye admitted to being a habitual felon. He had a number of convictions in the late 1980s and early 1990s, including taking indecent liberties with a child in both Rowan and Guilford counties. He was convicted in 2015 of larceny of a motor vehicle.

He was on two years of unsupervised probation when he killed Godfrey.

The previous convictions put Frye in a higher sentencing bracket.

“This was a horrific and brutal killing,” Cook told the court in asking for the maximum punishment. “The defendant has created a path of destruction for decades.”

Frye’s attorney, Tom King, said his client had battled drugs since the 1990s and, although he dropped out of school in the 11th grade, he completed his GED. King said Frye has held jobs throughout the years but was admittedly a “slave to drugs.”

King said Frye got sober, but heh separated from his wife in 2016 and returned to drugs. He has three adult children who all live in North Carolina.

Frye, through his attorney, gave notice of appeal. Cook asked that Frye be held without bond during the appeal process.