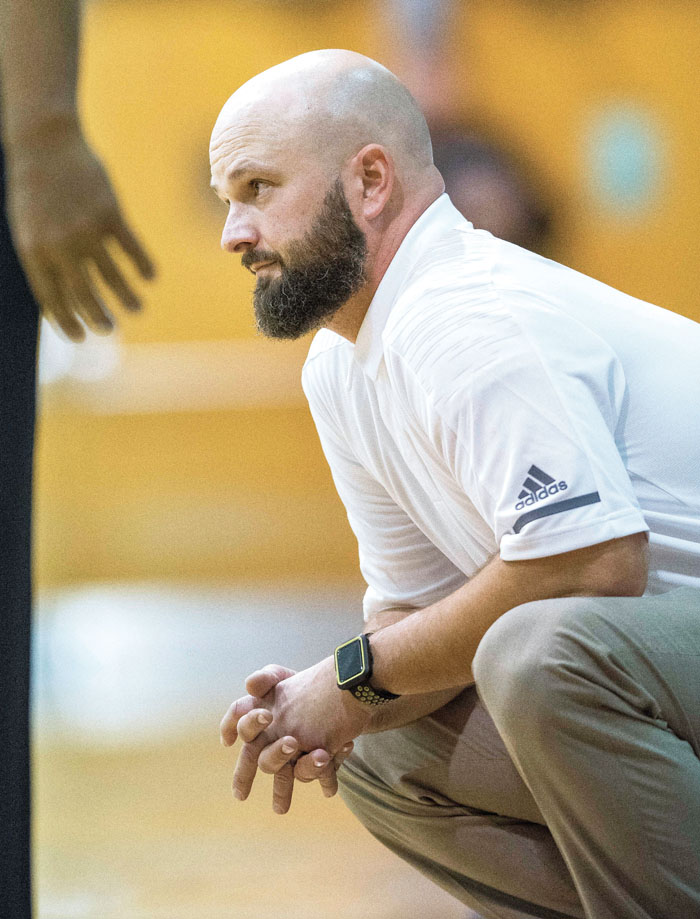 SALISBURY — It took a village for North Rowan’s boys basketball team to reach the 1A state semifinals last winter.

At least, that’s what first-year coach Jason Causby wants us to believe after the Cavaliers went 28-3, captured both Yadkin Valley Conference championships and adroitly surfed the tricky waves of the post-season into the fifth round. For stuffing a hundred pounds of excitement into a 10-pound season, he’s been named Rowan County boys Coach of the Year.

“I’d be fooling myself if I didn’t acknowledge the tireless hours our players and assistant coaches put in,” Causby said. “This award is a confirmation, but it’s more a reflection of what we did as a whole, not what I’ve done myself.”

Fair enough. Yet it was Causby — who won 157 games over 10 winters as Salisbury High’s coach — who took over a sputtering program, tinkered with its engine and sparked North to a season-long joyride. The Cavs finished 16-0 in conference play, won each of their 13 home games and launched a declarative, 21-game winning streak, following the Dale’s/Sam Moir Christmas tournament.

“I stepped into an unusual situation,” was how Causby put it. “But the resources were there for us to have a successful year. I provided the consistency these guys needed. They took what I was offering and ran with it. As much as any group I’ve ever had, these guys bought in to what we were trying to do.”

Of course, it took some doing. Causby and the Cavs used a season-opening, seven-game winning streak as a test drive before a Christmas-week meltdown set off a few alarms.

“I really didn’t think we were playing well,” Causby said. “We were just talented enough to win those first seven games. It seemed like we were working extra hard for every bounce of every game. Things should have come easier for us. We just weren’t in a groove yet — and that came back to bite us in the Christmas tournament. Against Salisbury and North Stanly, it was hard to hide our deficiencies.”

None of it was lost on Dayjuwon Cooke, one of four seniors in North’s starting lineup. “What he did,” the acrobatic forward said, “was push us to be better. Yeah, it was disorganized and messed up, but he still treated us like family. We went to back to practice and pushed and pushed and pushed.”

As January dawned, the recharged Cavs seemed to rattle and burn with cohesion. In late February, they opened the state playoffs with performances that would have had Dick Vitale hyperventilating — double-digit victories against Carolina International and Union Academy. Round 3 produced a hard-fought, 56-50, win over Hayesville before a double-overtime, quarterfinal nod against the favored Community School of Davidson extended the season. North’s journey ended March 9 with a disheartening, 43-40 loss to Bishop McGuinness in the semifinals.

“When you’re playing for a championship, it’s not supposed to be easy,” Causby said. “We played a poor first half and it took a lot for us to get back into the game. But as poor as we played, we still had our chances in the last two minutes.”

It was two minutes that cost them a shot at the state title. A month later, their esteemed coach had time to ponder a season that surpassed most expectations.

“Sometimes you encounter a perfect storm,” Causby said. “When I think about these guys, and what we accomplished, I can’t help but well up in pride. Wins and losses, they come and go. But this season, it just felt good all over. We were a village, a family — and that’s not just something you print on a T-shirt.”