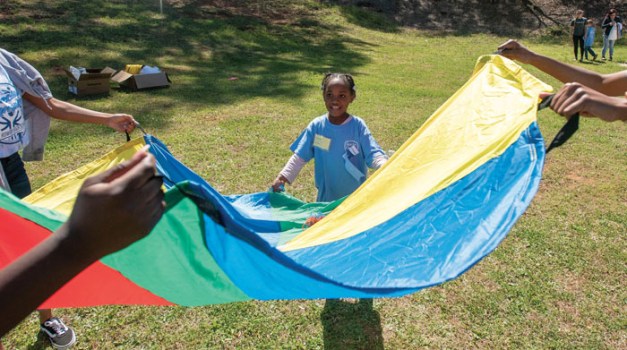 Brooke Burch, from Partners in Learning, enjoys the activities with the volunteers in the Athlete Village at the Special Olympics Tuesday. Jon C. Lakey/Salisbury Post 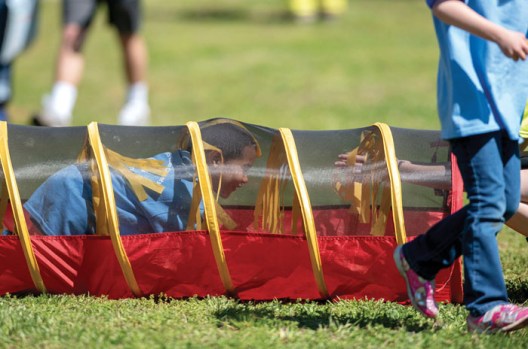 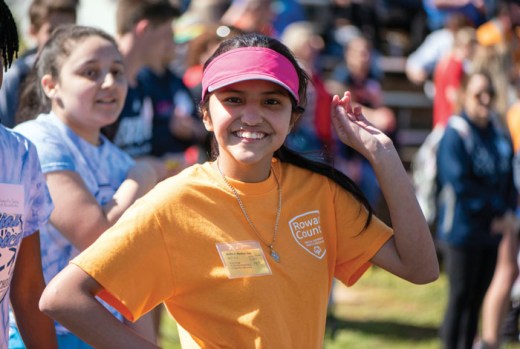 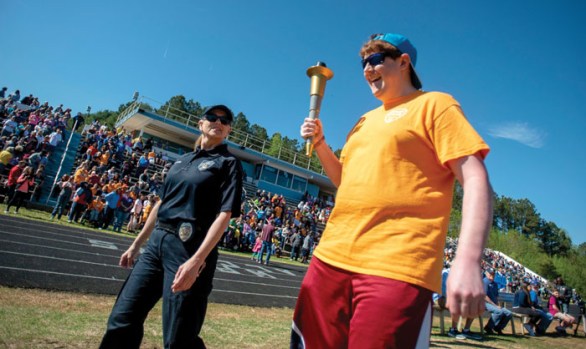 MOUNT ULLA — Samuel Cheek may be just 14 years old, but he’s already lived the dream of many young athletes. In front of packed stands, he’s run fast and hard and been met with near deafening cheers and applause.

Of course, similar cheers and applause were in ample supply Tuesday as nearly 350 Special Olympics athletes of all ages competed in track and field at West Rowan High School.

Samuel, a Southeast Middle School student, has been participating in Special Olympics for nine years. His father, Chase Cheek, said the enthusiastic atmosphere leads to great things for participants.

“I like to see them push themselves beyond what they thought they were capable of,” Cheek said. “You get them in front of all these cheering people, and they’ll do things they probably never dreamed of doing.”

For Samuel, cheers and good old-fashioned legwork meant the day started out with a win. He earned a second-place ribbon in his first event of the day, the 200-meter run.

It was a prize he collected arm-in-arm with his younger sister, 7-year-old Peyton, whom mom Ashley Cheek called his biggest fan.

“This is their day to be a superstar,” said Chase Cheek. “It’s a beautiful thing.”

Apart from the 200-meter run, other events Tuesday included a 100-meter run, 50-meter run and 50-meter walk, as well as long jump, softball throw and more.

West Rowan has hosted the Special Olympics for all but one of the past 15 years. In 2014, Carson High School played host.

According to coordinator Nancy Collins, West Rowan officials quickly requested the event back.

The Olympics has continued to grow in popularity and in offerings since its onset. For the past five years, organizers have included an “Olympic Village” offering refreshments, free samples and additional activities.

Popular extras in the village this year were the Woodleaf Civitan ice cream truck, the Patterson Farm cow train and the West Rowan FFA petting zoo.

But nothing dethroned the popularity of the day’s main events — and the resulting prize ribbons.

“I like winning,” said Special Olympics athlete Patrick Kelly when asked about his favorite part of the day.

Kelly, accompanied by Rebecca Sexton of the Salisbury Police Department, helped start the day by lighting the Olympic Flame. He came with Rowan Vocational Opportunities.

Alexis Abillar, a Catawba College senior who volunteered as an athletic buddy for the day, said she was particularly fond of watching the athletes reach and cross the finish line.

There is just something to be said about the atmosphere, the enthusiasm and the support, she said.

“It’s a super-good experience,” Abillar said. “You don’t have anything to lose by doing it. I would do it every year if I could.”