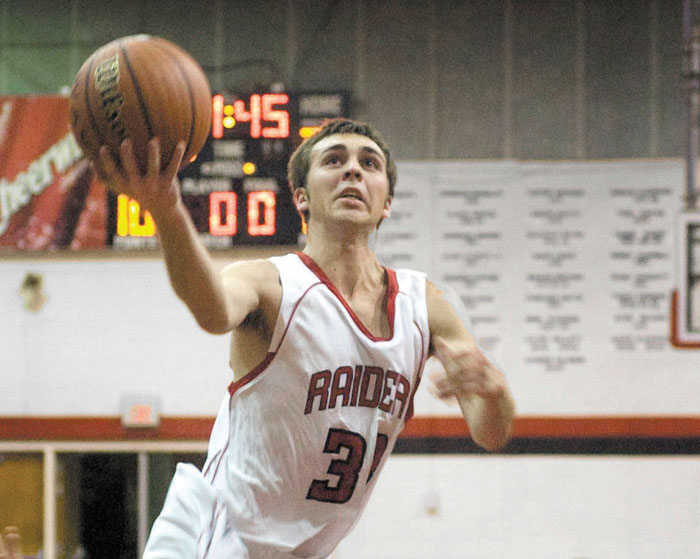 CHINA GROVE — Ten years have zoomed by since “The Game,” but for South Rowan graduates and eternal gym rats Stephen Johnson and Hunter Morrison, it was a Monday night that will never be forgotten.

It was late in the 2009 basketball regular season. South was playing in the 10-team North Piedmont Conference, a 3A league that included five Iredell schools, three other Rowan schools, plus  Northwest Cabarrus. At the top of the NPC, Lake Norman and West Rowan had powerful clubs. Northwest was a solid third-place team. South wanted to be the best of the rest.

South coach John Davis didn’t have much size to work with, but he had excellent athletes such as Reid Shaver, Blake Houston and B.J. Grant, as well as his second son, “Little John” Davis. He also had Johnson, a streaky, instant-offense shooter who might score zero or 20. Whenever Johnson found a groove, Morrison knew to get the ball to him.

South’s winning season (14-13), the last one enjoyed by the program, was due in large part to the 5-foot-6 Morrison, who put together the second-greatest scoring season in school history. He was short, but he could shoot the 3-pointer and he could penetrate, draw and kick. He was left-handed, quick and confident.

“Hunter had ball-handling skills people only dream about,” Johnson said. “He had it on a string.”

The son of missionaries, Morrison had grown up in far-away places such as Bangladesh where it wasn’t always easy to find a basketball, much less a gym. He’d learned the game, mostly on his own, putting in hour after hour.  There wasn’t much else to do.

Salisbury-Rowan Hall of Famer Carlos Dixon, who went on to Virginia Tech, is the only player in South history who scored more points in a single season than Morrison did when he was a senior in 2009-10. Morrison scored 514. He lit up A.L. Brown for 32 before he dropped 35 on Davie County in the Sam Moir Christmas Classic at Catawba. When NPC play came around, Morrison kept it rolling with several more 30-point outings.

Then it was time for South’s Senior Night against the Statesville Greyhounds. Statesville’s Nick Schofield and Tevin Carr were athletic players, and this was a night when they would combine for 51 points.

South honored the seniors, including Morrison, Shaver and Johnson. It was emotional. By the time the tears had dried, Statesville was flying around and held a 10-0 lead.

South spent the night climbing uphill, but the Raiders kept scoring. So did Statesville. The Greyhounds led by seven going to the fourth quarter. But then Johnson got hot.

Morrison fouled out with 31 points, but Statesville missed several free throws that would’ve iced the game.  Shaver rebounded a Statesville miss with the Raiders down by three points  in the final seconds. He pushed the ball and spotted Johnson. Johnson let one fly at the buzzer. Blanketed by three Greyhounds, he couldn’t even see the rim. He banked it in, anyway.  It was his shining moment as a high school athlete. Overtime.

“I can still see that shot going in,” Morrison said. “But I still have no idea how Stephen made it.”

South had scored 31 points in the fourth quarter. It was 95-all. The Raiders headed for OT without Morrison.

They won. Blake Houston is remembered for a lot of things —  as a great baseball player at South  and Catawba College and as the quarterback of the last South football team that beat A.L. Brown in the fall of 2009. He also made the winning bucket in overtime against Statesville. The Raiders prevailed 107-105.

“We looked dead in the water I don’t know how many times,” Coach Davis said. “But we never gave up. Definitely the game of the year.”

With regard to the 107 points, that game still ranks second in program history. South rolled 108-86 against South Iredell in 1975.  As far as combined points by two teams, that Senior Night thriller in 2009 was the highest-scoring game South has ever been involved in.

Over the last 10 years, Johnson and Morrison have started families and taken on responsible jobs, but basketball remains close to their hearts. The game has kept them bonded.

“For as a long as I’ve known Hunter, we’ve been more like brothers than teammates,” Johnson said. “We share a passion for basketball and a passion for helping youth in our community through basketball.”

The goal of Gym Rats is to provide direction, to provide a workout plan for aspiring middle school and high basketball players to increase their skill level.

Johnson discovered basketball at age 5, made a jump in his level of determination and dedication when he got to middle school and finally was able to make a major impact on a varsity basketball team as a high school senior.

He learned the ropes through trial and error during his career. He believes he can make that road  a lot smoother for today’s youngsters.

“I practiced hard and practiced all day because I’m competitive and I wanted to get better,” Johnson said. “But I was usually doing it on my own. It would have been nice to know then the things I know now. I’ve gained a lot of basketball knowledge over the years.”

Johnson, who also played golf and football for South, graduated from UNC Charlotte with a degree in political science. He works as a police officer in Kannapolis, a job that he likes because it puts him in contact with all members of the community.

Morrison is employed at the Food Lion warehouse.

His favorite wardrobe is a T-Shirt with an exceptionally muscular rat depicted on the front, and with the “Train on Purpose” slogan on the back.

Gym Rats offers individual or group training for boys and girls and offers camps, clinics and drills that can be practiced at home or in the gym.

Gym Rats is based in the southern Rowan area and is focusing on South Rowan High and Corriher-Lipe Middle School. Gym Rats helped South Rowan’s Jarron Hines with his shot and helped him blossom into a second team all-county player and South’s leading scorer this season.

Johnson and Morrison have had $800 in basketball gear  — balls, shoes, warmups, shorts, shirts — d0nated by area businesses. They’re distributing that gear to players through organized contests and competitions.

“We’ve knocked on a lot of doors, but it hasn’t been hard to get donations,” Johnson said. “When you tell them it’s for the kids, well … everyone wants to help kids.”

Now they’re giving something back.

Gym Rats has a camp coming up for middle school boys and girls at Corriher-Lipe Middle School on April 25-26.